Truck crashes into trees, trapping driver, after veering off road 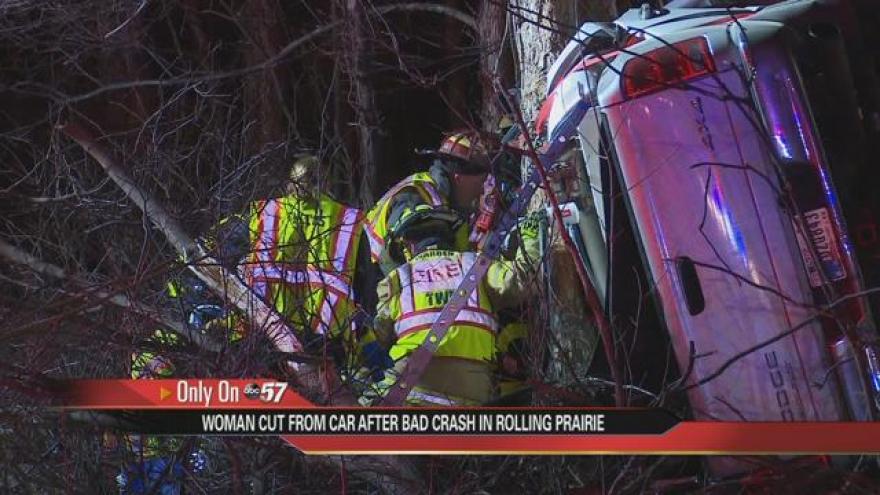 A truck veered off of Indiana State Road 2 Friday night and crashed into trees, trapping the driver for more than an hour. Only on ABC 57, we spoke with one woman who watched the entire scene unfold.

“When I was right here and she crashed, I heard a boom! And not just a small boom, it’s like boom! And, obviously you can see it right there,” said Mandie Leitz, who witnessed the accident.

Crumpled metal and broken glass are what are left of a truck that veered off of Indiana State Road 2 and crashed into trees a little after 6 p.m. Friday.

“We were going down normal speeds, everything, and all of  a sudden, I see this truck in front of me go into my lane, and not only into my lane but down into the ditch and smack right into the tree…The truck hit the tree, went up, went straight down, pinned her down,” said Leitz.

The driver was stuck with her truck on its side for more than an hour.

“I said oh my gosh! What just happened? What on earth is happening?” said Leitz.

“The time it took for fire personnel to extricate her from the vehicle is a huge concern of course for her well-being, so--we’re just lucky she’s alive right now,” said St. Joseph County Police Lieutenant, William Redman.

That’s at least in part thanks to her witness turned good samaritan.

Even after emergency responders finally freed the woman from the truck, Lietz is still in shock at what she witnessed.

“I can’t believe she’s still alive, I mean, through all that?” she said.

Deputies say the driver sustained injuries to the lower part of her body, and she is currently being treated at Memorial Hospital.

Officials have still not released the driver’s name.