Truman's Nightclub to close in Mishawaka 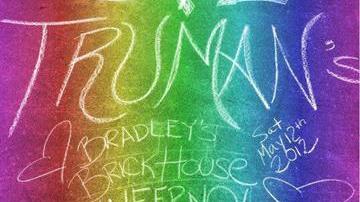 MISHAWAKA, Ind. - Truman's Nightclub is closing its doors next month.

Employees confirmed Wednesday night that the largest gay bar in Michiana is closing, employees cited financial trouble as the reason.

Rumors have been spreading for a year now that the gay bar may be on its last leg. Several attempts to "Save Truman's" failed after great turnouts.

A fundraiser a couple weeks ago raised nearly $8,000.

The gay bar has been a staple to GLBT groups in the area for more than 22 years.

Ashley Kelley, who has worked at Truman's for several years told ABC 57 News that the bar was purchased for nearly $600,000. The owner she says still owes about $150,000. She said the property will go into foreclosure.

Little T's which is a bar connected to Truman's will also close.

The last day will be June 16th, a Saturday. A signature drag show will close out the bar.

The owner himself was not available for comment Wednesday evening.

Several people have questioned on Facebook what it would take to "Save Truman's." At this point it's not clear if anything would help keep the doors open.

ABC 57 News has exclusively learned that there is a meeting next week with the owners of Truman's and a well established bar downtown South Bend. The meeting is set up to see if Truman's can rent space from the facility. We have been asked not to release the name of the bar they are negotiations with at this time.