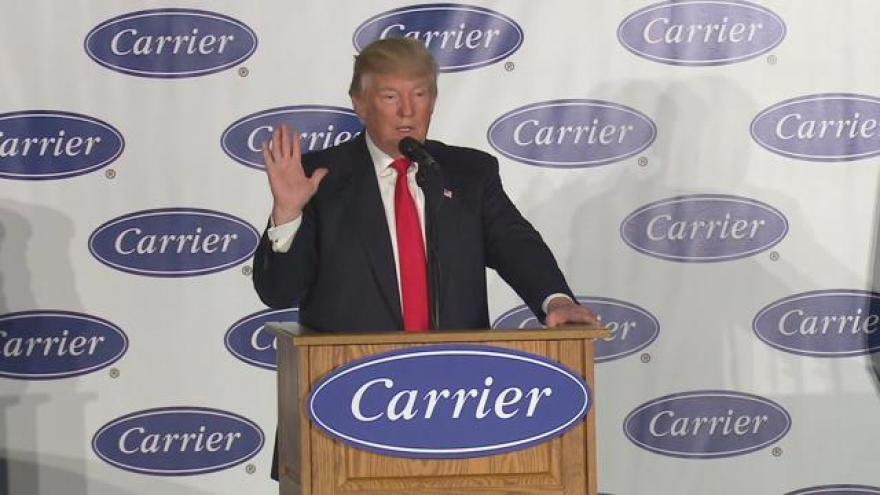 Governor-Elect Eric Holcomb and other city and state officials attended the event, which was the first for Trump and Pence since they won the election.

Governor Pence spoke first and said this was just the beginning of a lot better news across America.

President Elect Trump then spoke to the crowd and thanked Greg Hayes of United Technologies for working with him to keep the jobs in Indiana.

Trump said he plans to lower business taxes in America from 35 to 15-percent.

He also said he plans on eliminating regulations. He said that regulations are in some cases worse than taxes.

Trump also said he plans to eliminate NAFTA because it is a "complete disaster" and said it is a one lane highway into Mexico.

He went on to say companies would no longer leave the United States and this was just the beginning of keeping jobs in America.

“Companies are not going to leave the United States anymore without consequences. Not going to happen," Trump said.

In February 2016, Carrier's parent company announced it was moving its manufacturing facility from Indianapolis to Mexico.

Employees at Carrier said after the event they were happy about Trump keeping his word.

“Everybody in February, they thought, you know, we thought it was over. Nobody really thought this was going to happen,” said Kenny Stead, employee for 10 years.

The last ten months have been a roller coaster.