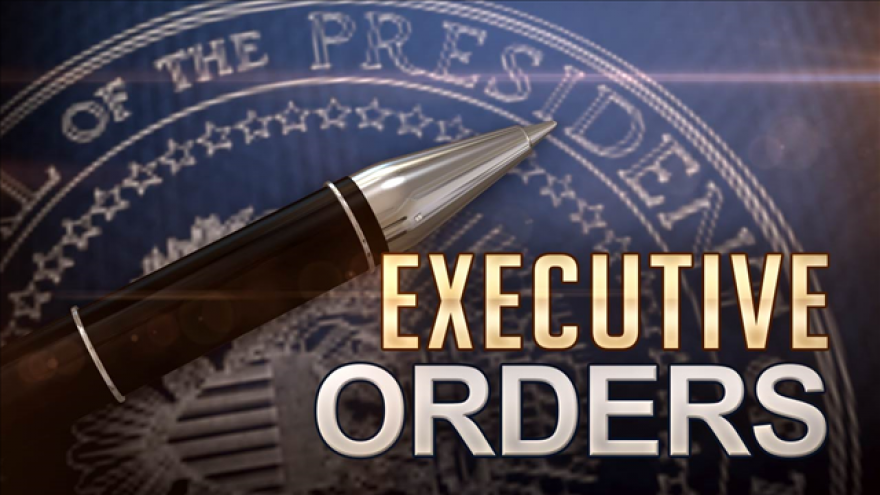 WASHINGTON (CNN) -- President Donald Trump on Friday will make the next move in his bid to reshape US trade policy, signing two executive orders aimed at combating foreign trade abuses that contribute to the US's half-trillion-dollar trade deficit.

Trump's executive orders will initiate a large-scale review of the causes of the US's trade deficits with some of its largest trading partners and order stricter enforcement of US anti-dumping laws to prevent foreign manufacturers from undercutting US companies by selling goods at an unfair price. They show the administration's ongoing efforts to shift toward policies aimed at bolstering US manufacturing and making good on Trump's campaign rhetoric decrying other countries for taking advantage of the US's free trade policies.

The signing comes a week before Trump is set to meet with Chinese President Xi Jinping. China, the largest source of the US's trade deficit, has repeatedly run afoul of the US's anti-dumping laws, and Trump has repeatedly accused the country of hurting the US economy through unfair trading practices.

Briefing reporters at the White House on Thursday, Commerce Secretary Wilbur Ross and Peter Navarro, director of the National Trade Council, insisted the measures were not aimed at putting China on notice ahead of that first hotly anticipated meeting between the two world leaders.

"These actions are designed to let the world know that this is another step in the president fulfilling his campaign promise to (tackle trade abuses)," Ross said.

Still, both Ross and Navarro made clear that both executive orders would tackle the sources of the US's trade deficit with China, which Trump argues has led to the loss of millions of US jobs and the decline of US manufacturing.

Both Ross and Navarro pointed to steel dumping as an issue affecting the US trade deficit. China is a primary source of steel dumping in the US, which has disrupted the domestic market for steel and hurt US steel manufacturers. Navarro also noted that China accounts for about one-third of anti-dumping cases.

As a result of the first executive order, the Commerce Department and US trade representative will compile a thorough accounting of the US's trade deficits with its top trading partners within 90 days. The report will look to determine the extent to which the US trade deficit is a factor of cheating, unfair trading practices and currency imbalances.

Ross said the report would "form the basis" for further actions by the Trump administration to tackle trade imbalances.

The second executive order will seek to bolster US agencies' authority to combat dumping by foreign companies and countries, which is a form of trade cheating.

Navaro said $2.8 billion in import taxes imposed against violators of US anti-dumping laws have gone uncollected since 2001.

Navaro said the new measures would target US agencies' failure to collect those duties "like a laser" to collect all anti-dumping taxes owed to the US and "deter the cheaters."

"For the first time, we're looking at what's been the source of the large and persistent trade deficit that has contributed to job losses," Navarro said.