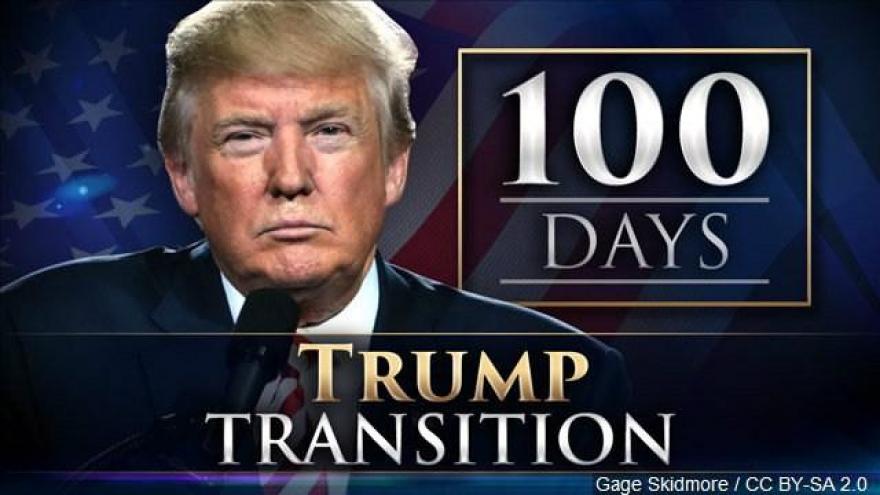 (CNN) -- President Donald Trump tweeted Saturday that he will mark his 100th day in office on April 29 by "holding a BIG rally in Pennsylvania."

The rally will take place on the same day as the annual White House correspondents' dinner, which the President has declined to attend.

The announcement comes just a day after Trump tweeted about the "ridiculous standard" of the 100-day construct for measuring the achievements of a new administration.

The 100 days measure is linked to President Franklin Roosevelt, who signed 15 major pieces of legislation early in his presidency; the time frame is when a president's power and influence with Congress is likely the greatest.

Trump himself talked repeatedly about his first 100 days when he was campaigning last year. It was part of his stump speech in the final week of the campaign -- he asked his crowds in Minnesota, Florida, Pennsylvania, North Carolina and elsewhere to "imagine what we can accomplish in the first 100 days of a Trump administration."

And on the biggest stage of all, as he accepted his party's nomination at the Republican National Convention in Cleveland, Ohio, he promised to ask every government department to provide a list of wasteful projects for him to eliminate in his first 100 days.

Trump's rallies have been organized and funded by his presidential reelection campaign rather than the White House -- a move that has raised eyebrows among campaign finance experts.

The decision to hold campaign-funded rallies gives Trump more flexibility -- from deciding who's allowed in to helping the campaign build out its database of supporters' contact information.

Michael Glassner, the Trump campaign's executive director, has said the move has allowed Trump to rely on the campaign's "very effective method of promoting his appearances and filling these venues."

It also means the campaign can use campaign dollars to advertise the events and sell campaign merchandise -- think "Make America Great Again" hats -- to all the eager supporters who attend, Glassner said.