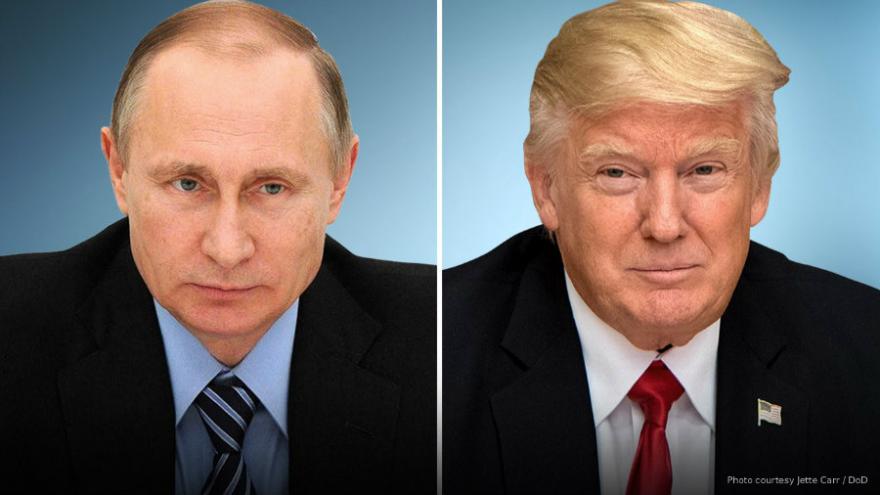 (CNN) -- President Donald Trump will seek to enlist his Russian counterpart Vladimir Putin this week on a mission to confront an increasingly truculent North Korea during their second face-to-face meeting.

Trump said aboard Air Force One as he winged toward Japan on Sunday that he expected the sit-down to occur on the sidelines of a summit for Asia-Pacific leaders in Vietnam, which is due to begin Thursday.

The talks will come as the investigation into Trump's ties to Russia's 2016 election meddling heats up back home. Before Trump departed for Asia, three of his campaign aides were ensnared in the probe led by special counsel Robert Mueller. During their first meeting in July, Trump did raise the issue of Russia's interference, though since then he's called the notion that Russia worked to sway the vote in his favor a hoax.

Trump and his aides had hoped this week's grueling itinerary through five countries would help distract from the Russia matter, though Trump himself appeared preoccupied by the issue as he departed the White House on Friday, unleashing a stream of tweets as Air Force One headed toward Hawaii.

While the timing of a meeting with Putin may force the Russia issue back to the forefront, Trump's aides determined face-to-face talks were essential while the two men were in the same city.

Putin will be just one of the world leaders Trump hopes to pull toward a more aggressive posture against Pyongyang during a marathon 13-day tour of Asia that began Sunday.

"We want Putin's help on North Korea, and we'll be meeting with a lot of different leaders," Trump said midway through the eight-hour flight to Tokyo from Honolulu, where he'd spent the night.

Before he faces Putin in the Vietnamese seaside city of Da Nang, Trump will have visited three Asian capitals on his North Korea diplomacy mission. After talks here with Japanese Prime Minister Shinzo Abe, Trump will head to Seoul and Beijing for state visits that are also set to include discussions of trade and security.

He has not focused as intently on persuading Putin to join his efforts, though the two men have discussed the matter before.

A senior White House official told reporters in Tokyo that North Korea will be a "primary subject" of conversation when Trump and Putin meet.

"Russia borders North Korea," the official said. "They are also very concerned I think with ... the direction that North Korea is leading the region toward into this crisis and naturally Russia should have a role in that future."