Trump, Putin to meet at G20 summit in Germany 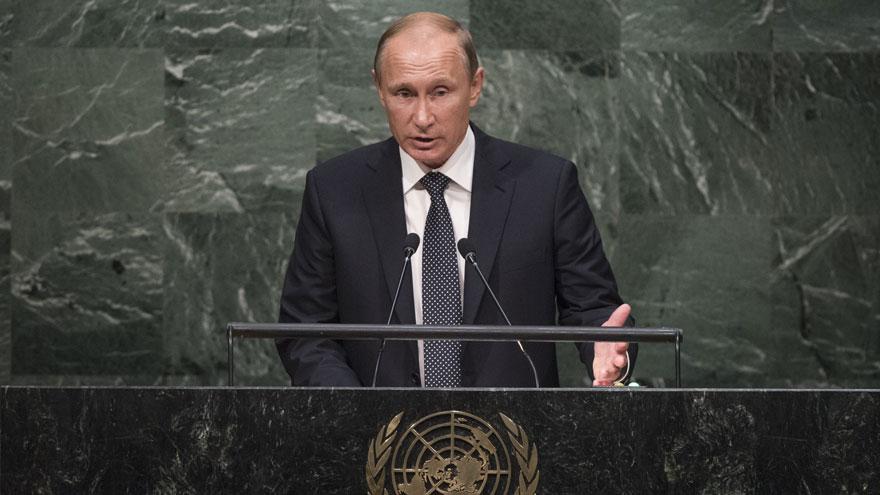 WASHINGTON (CNN) -- President Donald Trump will arrive in Hamburg one week from Thursday to face Russian leader Vladimir Putin for the first time since taking office.

The White House confirmed that the two leaders would huddle on the sidelines of the G20 summit in the northern German city.

National security adviser H.R. McMaster confirmed the meeting during a briefing with reporters about the President's upcoming trip, which will also include a stop in Poland.

The format for Trump and Putin's meeting at the G20 has not yet been set.

National Economic Director Gary Cohn told reporters during the briefing that the agenda for Trump's sitdown with Putin was still being set. Afterward, National Security Council spokesman Michael Anton said Cohn and McMaster did not specify whether it would be a pull-aside or a formal bilateral because "it's not set."

Trump and Putin's interaction will cap months of debate within Trump's administration about the first session with Putin, who the US government has accused of greenlighting an election meddling plot last year designed to favor Trump.

Some of Trump's advisers had encouraged him to stage formal bilateral talks with the Russian leader in a sign that he's serious about warming the relationship between Washington and Moscow. But other aides cautioned that appearing close to Putin would present an optics challenge to a President under a cloud of controversy over the Russian meddling.

When asked by reporters if the President would bring up Russian interference in the election, Cohn said there's "no specific agenda" and it's "whatever the President wants to talk about," adding the subject matter is still being set up as the schedule is finalized.

Trump himself has remained open to a formal meeting, according to senior administration officials, but did not pressure his team to place one on the schedule. He is committed to finding areas of cooperation with Putin, the officials said, and has asked members of his team to continue preparing options for partnering with Russia.

That has included some types of sanctions relief and the potential return of two properties in the United States to Russian control, according to two administration officials. Those compounds, located in Maryland and outside New York City, were seized by the US as part of a larger sanctions package authorized by then-President Barack Obama to punish Russia for the election meddling. This week, a Russian foreign ministry spokeswoman said Moscow was preparing retaliatory measures on the US for the property seizure and the expulsion of Russian diplomats.

The administration officials said that no decision has yet been made to return the compounds or ease sanctions, and that any such steps were unlikely to accompany Trump's meeting with Putin in Hamburg.

Meanwhile, the Senate on Thursday passed for a second time a Russia sanctions package that had stalled on Capitol Hill, according to the Republican chairman of the Foreign Relations Committee.

Sen. Bob Corker of Tennessee said an agreement had been struck to bring the bill back to the floor later Thursday, in order to make technical changes to the legislation that would satisfy the House.

The bill passed two weeks ago 98-2 despite concerns raised by the Trump administration. It would impose new sanctions on Russia and provide Congress with the authority to review any effort to weaken them.

The effort could provide another sticking point between Trump and Putin, who have spoken three times by phone but not yet held in-person talks.

A senior White House official told CNN this week that Moscow has been pushing for a formal bilateral meeting with Trump as a sign of respect between the leaders. But the official said members of Trump's national security team remain concerned about the optics of a formal sitdown at this stage.

A Kremlin spokesman said on Thursday that Trump and Putin plan to meet for a pull-aside session on the sidelines of the G20 summit, but that formal bilateral talks are not yet being planned.

"We repeat that President Putin and President Trump will be participating in G20 summit. And in any case, they will meet there on the sidelines of the summit. But if we are talking about a separate meeting, such separate meeting is not being prepared at the moment," said Kremlin spokesman Dmitry Peskov in response to a question from CNN.

White House officials have also said that preparations for a formal bilateral meeting are not underway, but that a less formal pull-aside session is likely between the two leaders.

That is an important distinction, since a formal bilateral meeting would elevate the talks and signal improving ties between Moscow and Washington, while a pull-aside would indicate a lower status to the relationship.

Speaking this week, Russia's top diplomat said the time was right for Trump and Putin to meet.

"The two presidents will be in the same city, in the same building, at the same time," said foreign minister Sergey Lavrov, who met with Trump in the Oval Office earlier this year. "It would not be right if they fail to hold a conversation and discuss many issues."

"I think, first, we need to normalize dialogue so that it would be based on the key interests of both Russia and the United States," Lavrov said, according to the Tass state news agency. "Washington's view has been distorted by the hatred against Russia that engulfed numerous politicians."