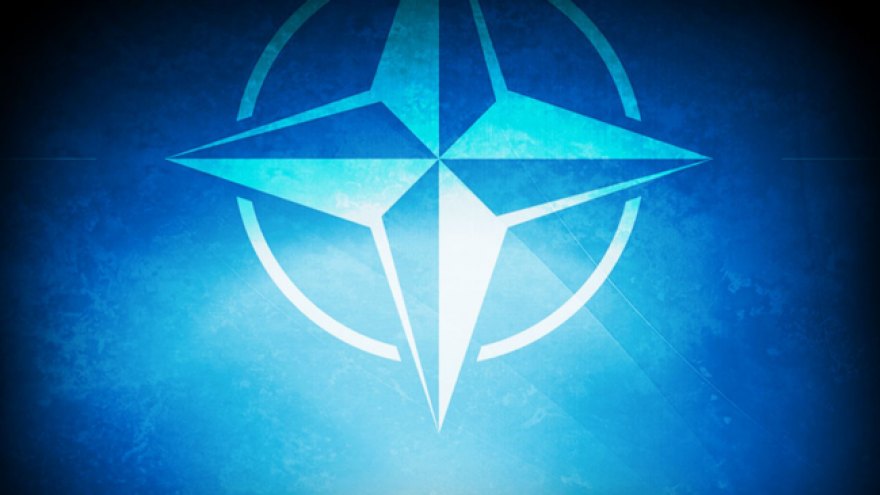 (CNN) -- Donald Trump's accusation that NATO is "obsolete" has led to "astonishment and agitation" within the alliance, Germany's foreign minister has said.

Speaking in Brussels before a meeting of EU foreign ministers, Frank-Walter Steinmeier suggested the alliance was rattled by the remarks by Trump.

In a joint interview with the Times of London and the German publication Bild, Trump signaled that US foreign policy in a range of areas could be turned on its head. He suggested that sanctions imposed after Russia's annexation of Crimea could be eased in return for a deal to reduce nuclear weapons, that German Chancellor Angela Merkel had pursued "catastrophic" policies on refugees, and that his son-in-law Jared Kushner could lead a Middle East peace effort.

Speaking in Berlin, Merkel shrugged off the interview, saying she would make no substantive comment before Trump was inaugurated.

Trump used the interview to restate his doubts about NATO. "I said a long time ago that NATO had problems," he said in the interview.

"Number one it was obsolete, because it was designed many, many years ago.

"Number two the countries weren't paying what they're supposed to be paying," adding that this was unfair to the United States.

Steinmeier said he had spoken with NATO Secretary General Jens Stoltenberg, "who is concerned that President-elect Trump regards NATO as obsolete."

He also noted Trump's position was "in contradiction" to that of James Mattis, Trump's nominee for defense secretary.

NATO spokesperson Oana Lungescu pushed back against the comments. "A strong NATO is good for the United States, just as it is for Europe."

But Dmitry Peskov, the press spokesman for Russian President Vladimir Putin, agreed with Trump's assessment of NATO, saying on Monday that "the systematic goal of this organization is confrontation."

The US and European Union both imposed sanctions on Russia after it seized Crimea from Ukraine in 2014 -- those sanctions were extended for a further six months in December 2016.

Trump suggested they could be eased in return for a nuclear weapons deal.

"They have sanctions against Russia -- let's see if we can strike a few good deals with Russia. I think there should be less nuclear weapons and they have to be reduced significantly, that's part of it.

"But there are these sanctions and Russia is suffering lots from it. But I think there are things, which lots of people can profit from. "

Responding to Trump's comments Monday, the Kremlin said that "sanctions are not a question on our agenda, neither internally, nor in discussions with our international partners."

Elsewhere in the interview Trump heaped praise on his son-in-law Jared Kushner, who has been appointed as senior adviser to the president, reiterating he could play a peacemaker role.

Trump set his sights on German Chancellor Angela Merkel, calling her "by far the most important leader" in Europe while tearing into her immigration policies, labeling them "catastrophic."

Merkel, who will run for a fourth term in elections this year, has stood firm on Germany's position of accepting nearly all asylum seekers found to be legitimate refugees.

Germany took in more than one million refugees in 2015, making it the most open country in Europe to asylum seekers.

Speaking at a joint press conference with New Zealand Prime Minister Bill English on Monday, Merkel said she would not comment before Trump's inauguration.

"We have known what his position is for some time, and my position is also known," she said.

Brexit will be a 'great thing'

An enthusiastic Trump praised Britain's impending exit from the European Union as being "so smart."

"I think Brexit is going to end up being a great thing," Trump said to his interviewer from the Times, Michael Gove, one of the former leaders of the Brexit campaign, and a sitting member of the UK Parliament.

Asked why he thought the UK's Brexit campaign was successful, Trump blamed loose borders and concerns about the effects of immigration. He also tied it to US security concerns.

"Countries want their own identity. The UK wanted its own identity. I do believe this, if they hadn't been forced to take in all of the refugees so many, with all the problems that entails, you wouldn't have a Brexit... it probably could've worked out."

According to the Times, Trump would offer Britain a "fair" trade deal with America within weeks of taking office. (In fact, Britain will not be able to begin negotiating new trade deals until the Brexit process is complete).

He also revealed that he was inviting Prime Minister Theresa May to visit him "right after" he gets into the White House.

Trump said he will immediately take action to tighten US immigration restrictions once he's sworn in.

"This country we're going to go very strong borders. From the day I get in. One of the first orders I'm going to sign. Day one."

Trump reiterated plans to implement what he calls "extreme vetting" of people from the Muslim world, according to a Bild transcript translated into English by CNN.

"There will be extreme security vetting, it won't be like it is now. We don't have any proper security controls for people entering our country, they don't really exist at the moment, like it has been the case in your country at least in the past."

When asked if he would impose similar restrictions on Europe, the President-elect was noncommittal, according to Bild.

"That could happen. But we will see," he said.

Iran deal 'worst' ever made

Trump also touched on the Iran nuclear agreement but declined to say whether he would demand changes to it.

Trump repeatedly slammed the deal on the campaign trail and in a 2015 op ed Trump said: "When I am elected president, I will renegotiate with Iran."

Republican members of Congress have sharply criticized the deal since it was announced in 2014.

Trump said he doesn't intend to lay off Twitter once he's in the Oval Office and will keep his @realDonaldTrump account, according to the Times of London.