Trump refuses to rule out legal status for undocumented immigrants 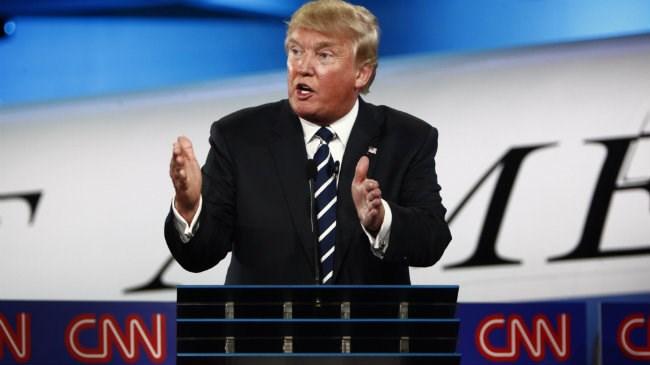 VIENNA, Ohio (CNN) -- Donald Trump on Monday refused to rule out granting legal status to undocumented immigrants who remain in the United States, breaking with an immigration proposal he laid out just last week.

The Republican nominee vowed last week during a major speech in Phoenix that undocumented immigrants seeking legal status would "have one route and one route only: to return home and apply for reentry like everybody else."

But asked Monday aboard his plane whether he could rule out a pathway to legal status for undocumented immigrants, Trump declined.

"I'm not ruling out anything," Trump said. "We're going to make that decision into the future. OK?"

Trump's answers came as reporters repeatedly pressed the Republican nominee over his position on providing a pathway to legal status to some undocumented immigrants living in the US.

But the apparent shift only further muddled Trump's position on immigration, less than a week after Trump's speech in Phoenix, which aimed to clarify Trump's stance on a core issue in his presidential campaign.

In the week before that speech, Trump suggested he was "softening" his stance and would be open to a pathway to legal status for non-criminal undocumented immigrants -- before shifting away from that days later.

Trump on Monday again stressed that those seeking citizenship would have to first leave the country -- a bar he had previously set for both acquiring citizenship and legal status.

"Then and only then will we be in a position to consider the appropriate disposition of those individuals who remain," Trump said. "That discussion can take place only in an atmosphere in which illegal immigration is a memory of the past, no longer with us, allowing us to weigh the different options available based on the new circumstances at the time."

Trump allowed a small pool of reporters and photographers to join him aboard his private plane Monday between campaign stops in Ohio -- a first, which came on the same day Democratic nominee Hillary Clinton took her inaugural flight on a plane with her entire traveling press corps. The rest of Trump's traveling press corps continued to fly on a separate plane on Monday.

Trump said Monday aboard his plane that he was open to regularly allowing a pool of reporters to travel on his aircraft going forward.