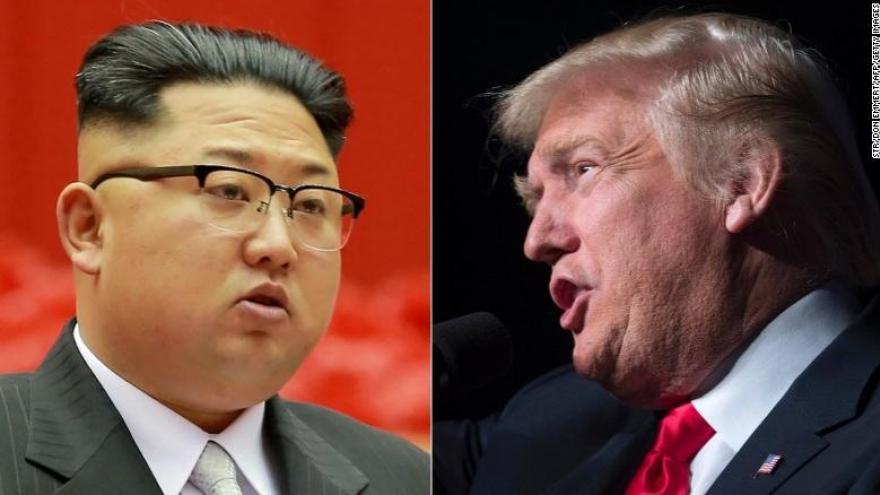 (CNN) -- President Donald Trump said during a rally in Michigan on Saturday that there would likely be a US-North Korea meeting in the near future, but "whatever happens, happens."

"Look, I may go in. It may not work out. I leave," Trump said in Washington Township on the night of the White House Correspondents' Dinner.

The President went on to say he thinks "we'll have a meeting over the next three or four weeks."

Trump contrasted himself with former Secretary of State John Kerry, who helped negotiate the Iran nuclear deal that Trump has long criticized.

Trump said the goal of the talks would be to "de-nuke" the Korean Peninsula and acknowledged the situation was difficult to predict.

"I'm not going to give you what's going to actually happen because we don't really know," Trump said.

Earlier this week, Kim crossed the de-militarized zone that divides the Korean Peninsula and met with Moon ahead of a potential meeting with Trump.