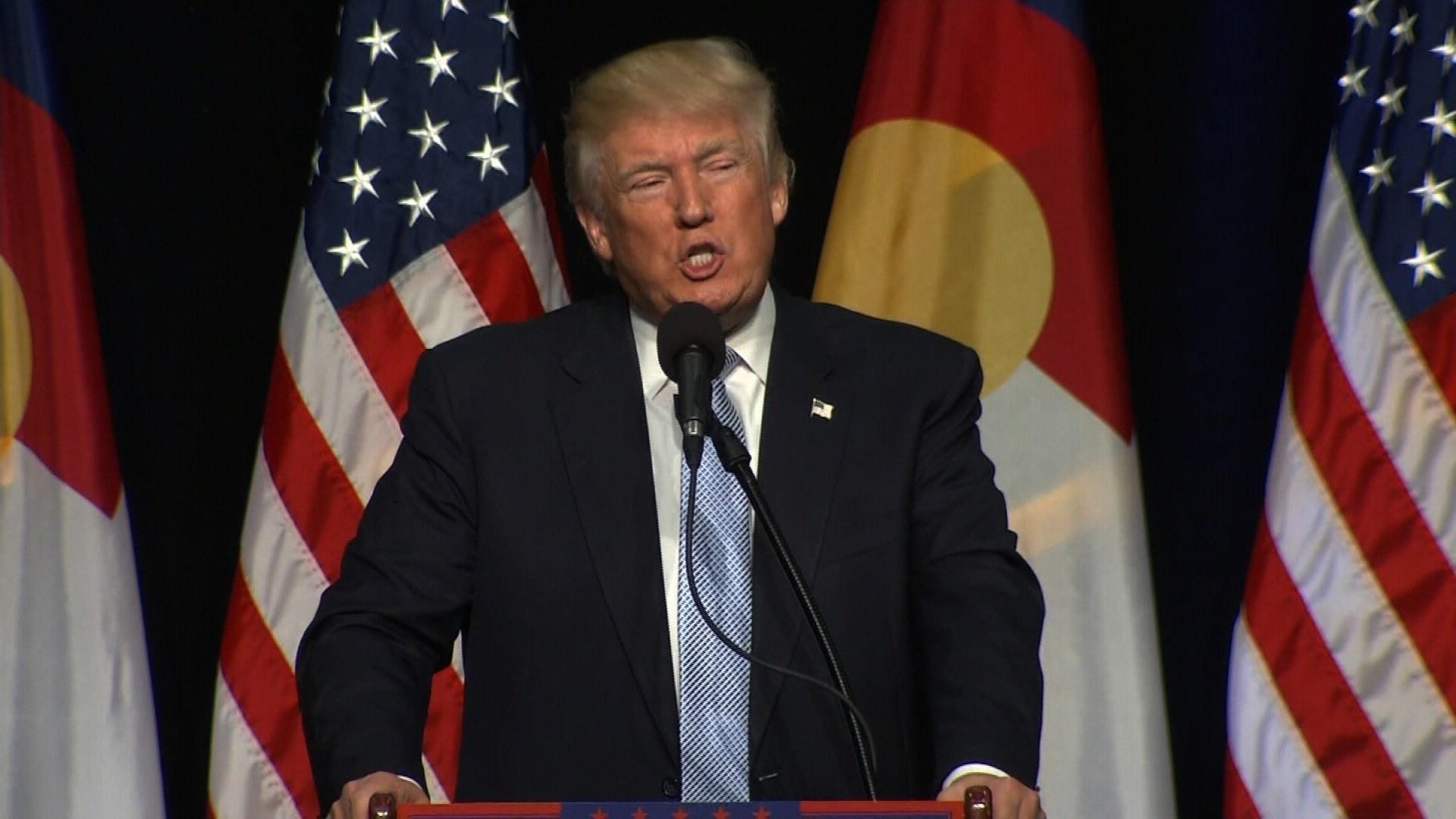 WILMINGTON, North Carolina (CNN) -- Donald Trump set off a fierce new controversy Tuesday with remarks about the right to bear arms that were interpreted by many as a threat of violence against Hillary Clinton.

He added: "But I tell you what, that will be a horrible day, if Hillary gets to put her judges in, right now we're tied."

Trump's ambiguous comments alarmed some political observers as to whether he was threatening her life or calling for increased political activity.

"This is simple -- what Trump is saying is dangerous. A person seeking to the be president of the United States should not suggest violence in any way," he said.

"It's called the power of unification -- 2nd Amendment people have amazing spirit and are tremendously unified, which gives them great political power. And this year, they will be voting in record numbers, and it won't be for Hillary Clinton, it will be for Donald Trump," he said.

The former head of the CIA, retired Gen. Michael Hayden, told CNN's Jake Tapper: "If someone else had said that said outside the hall, he'd be in the back of a police wagon now with the Secret Service questioning him."

"That was more than a speed bump. That is actually a very arresting comment. It suggests either a very bad taste with reference to political assassination and an attempt at humor or an incredible insensitivity -- it maybe the latter -- an incredible insensitivity to the prevalence of political assassination inside of American history," he said. "That is a topic that we don't ever come close to, even when we think we are trying to be lighthearted."

But the National Rifle Association said Trump was "right" and encouraged members to vote on Election Day.

"[email protected] is right. If @HillaryClinton gets to pick her anti-#2A #SCOTUS judges, there's nothing we can do. #NeverHillary," the group tweeted. "But there IS something we will do on #ElectionDay: Show up and vote for the #2A! #DefendtheSecond #NeverHillary."

"Hillary Clinton's made it very clear that she wants to see changes in the right of law-abiding citizens to keep and bear arms," he said. "(What) Donald Trump is clearly saying is that people who cherish that right, who believe that firearms in the hands of law-abiding citizens makes our communities more safe, not less safe, should be involved in the political process and let their voice be heard."

"I just think it's a window into the soul of a person who is tempermentally not suited for the task," he said.

Trump sought to rally voters Tuesday highlighting the next president's role in selecting Supreme Court justices and his commitment to the Second Amendment.

Trump's comments were the latest example of his unscripted style causing him political headaches, at a time when he has been trying to get his campaign back on track after a string of self inflicted political missteps last week.

Clinton supporters immediately seized on Trump's remarks to warn that Trump had crossed a grave line in political discourse.

"[email protected] makes death threats because he's a pathetic coward who can't handle the fact that he's losing to a girl," she said.

An anti-Trump super PAC "Democratic Coalition Against Trump" said the FBI should investigate the Republican nominee.

"There is no place in American politics for this kind of disgusting rhetoric," said the group's senior adviser, Scott Dworkin.

"Donald Trump should immediately drop out of the race, and he should be arrested for committing a federal crime.

Liberal grass roots organization MoveOn.org called on every Republican up and down the ballot to repudiate Trump over his remark.

"It is beyond outrageous. And, it is beyond disgusting. It is flat out dangerous," said Ilya Sheyman, the organization's executive director.

Trump has repeatedly suggested that Clinton will "abolish" the Second Amendment.

The former secretary of state has never called for the abolition of gun rights, but has called for additional gun regulations and safety checks to reduce the number of deadly gun shootings in the US.

Trump has vowed not to further restrict gun purchases in the US and earned the endorsement of the National Rifle Association, the pro-gun lobby.

CNN's Jim Sciutto and Elizabeth Landers contributed to this report.