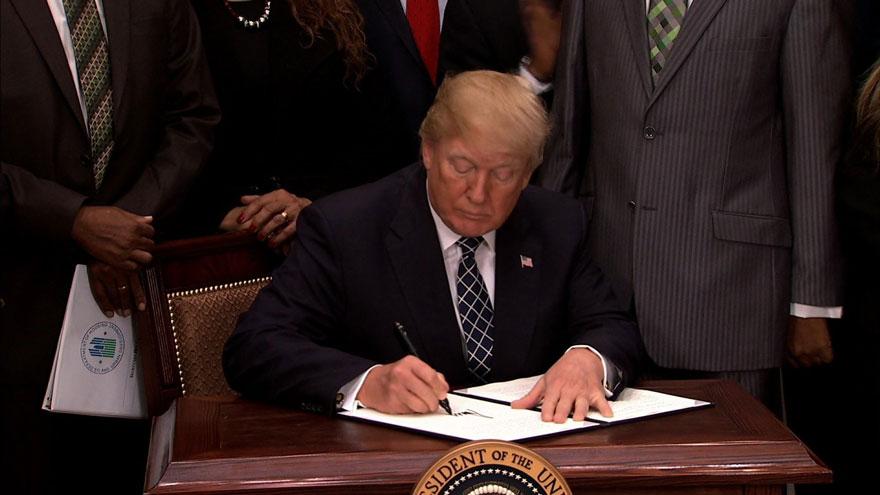 "Today we celebrate Dr. King for standing up for the self-evident truth Americans hold so dear, that no matter the color of our skin, or the place of our birth we are all created equal by God," Trump said Friday ahead of the signing.

"If my uncle were here today, the first thing he would say is, what are we or what are you doing for others?" Farris asked.

Since Congress passed legislation in 1983, every president since Ronald Reagan has signed the proclamation commemorating the civil rights leader with the federal holiday. Although, the first national celebration didn't take place until 1986.

This week Trump signed a measure creating a new national historic park for Martin Luther King Jr. in Georgia. The park's boundaries include the Prince Hall Masonic Temple, a site that King used as the headquarters for the Southern Christian Leadership Conference, according to a White House spokesman.