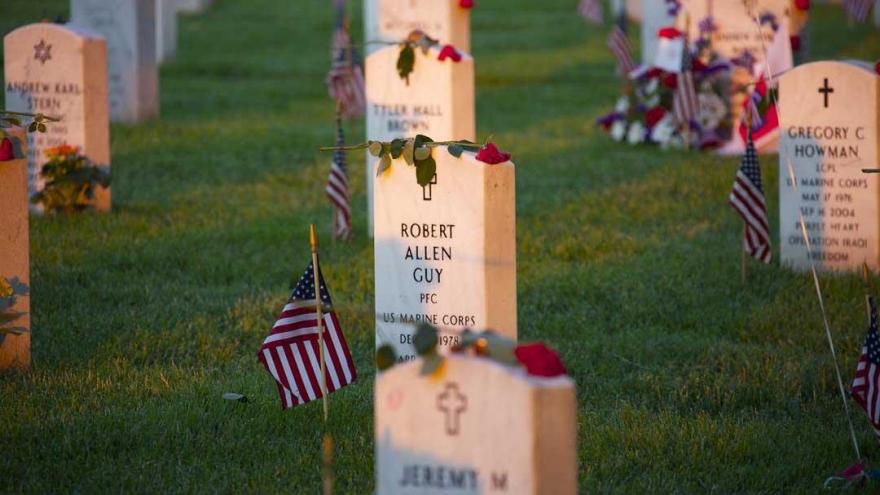 WASHINGTON (CNN) -- President Donald Trump will honor US service members who made the ultimate sacrifice when he visits Arlington National Cemetery in recognition of Memorial Day Monday morning.

Trump's scheduled remarks at the wreath-laying ceremony will mark his first comments in public since returning to the United States from his nine-day trip abroad.

Trump sent out several tweets Monday morning in advance of his visit, including: "Honoring the men and women who made the ultimate sacrifice in service to America. Home of the free, because of the brave. #MemorialDay."

Trump first placed a wreath in Arlington at the Tomb of the Unknowns a day ahead of his inauguration. At the time, he did so alongside Vice President Mike Pence.

Pence is scheduled on Monday morning to appear at a Washington event for Project Hero, an organization for veterans and first responders.