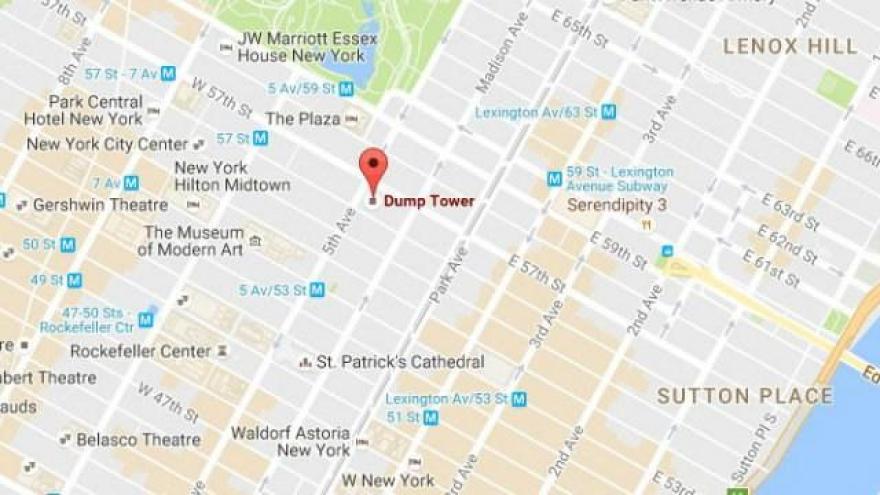 By early Sunday morning, it appeared "Dump Tower" was gone and restored to its proper name on the map service.

Trump Tower serves as the President-elect's home in Manhattan. Its central location on Fifth Avenue has posed security challenges for the Secret Service and local law enforcement.