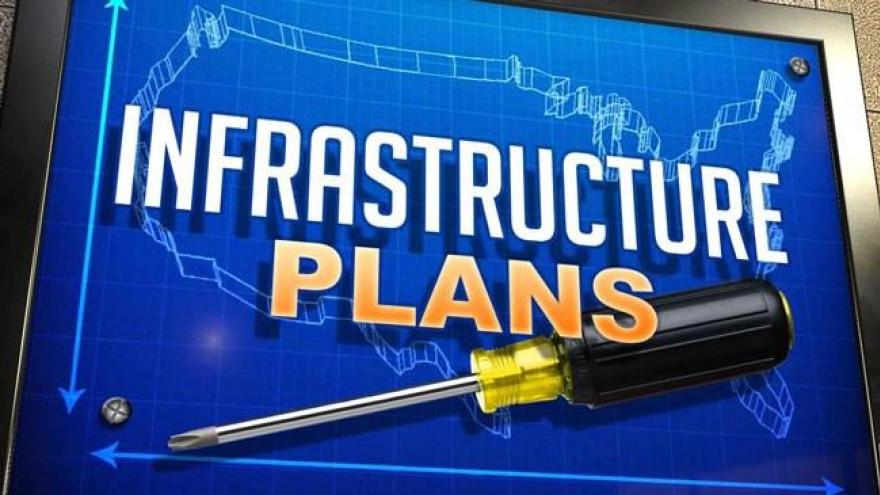 In an interview with The New York Times, Trump said he would tap Richard LeFrak and Steven Roth to lead a commission that will make decisions on infrastructure projects.

LeFrak is chairman and CEO of a family-owned real estate company. According to Forbes, he and his family are worth $6.5 billion, which would make him far wealthier than Trump, whose wealth Forbes estimates at $3.5 billion.

Roth is chairman and CEO of Vornado Realty Trust, one of the nation's largest real estate investment trusts, and is worth an estimated $1.1 billion, according to Forbes.

While both LeFrak and Roth are based in New York, Trump said the commission will include real estate developers from across the country.

"I know all the developers," said Trump, according to a transcript of the interview published by the paper. "I know the good ones and the bad ones. And I'm setting up a commission of very smart people that know how to spend money properly. That know how to build on time, on budget. And ideally, under time and under budget."

Neither developer's company had an immediate comment on Trump's plans.

The plan to spend $1 trillion repairing highways, bridges, roads, airports, dams and other infrastructure, a centerpiece of Trump's plan to boost hiring and the economy, still needs approval by Congress.

But Trump said he thinks it will be popular with both Democrats and Republicans. He said he plans to attach it to either a tax reform bill or a second try at a health care bill in an effort to make those bills easier to pass.

"The point is that infrastructure is in my opinion very popular. It's going to be bipartisan. And I'm going to use it in another bill," he told the Times.

The health care reform effort already suffered a setback in the House. Divisions among Republicans and unified Democratic opposition caused Republican leaders to pull the bill without a vote.

And broad tax reform is also expected to be difficult, despite vows by Trump to pass it by this summer. Tax reform on that scale has not passed in more than 30 years.