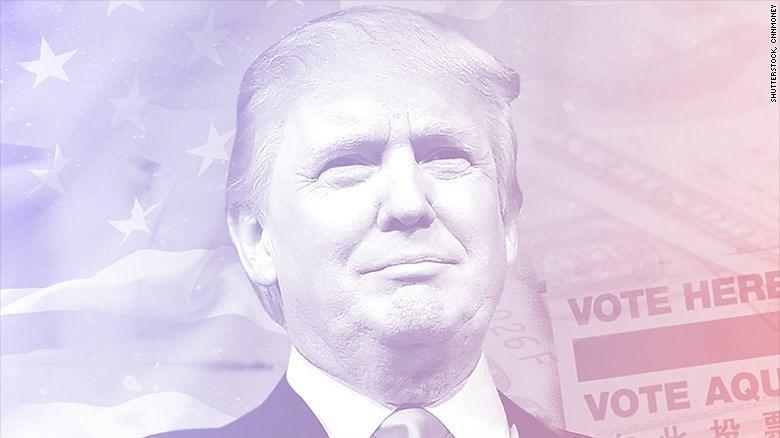 At first glance, stocks have enjoyed a sweet post-election rally. The Dow on Monday closed at a record high for the third day in a row and is now within striking distance of 19,000.

But a closer look under the hood shows that the Trump victory -- which Wall Street was caught totally off guard for -- has created a diverging picture of winners and losers.

Longtime darlings like tech stocks have morphed into big laggards. Once-struggling groups like big banks and biotech have suddenly turned into blockbuster winners.

That's to say nothing of the instant 180 in the bond markets, which is now in the midst of a steep selloff, rarely seen in the past decade.

"Underlying performance since Election Day has been extreme, to say the least," Bespoke Investment Group wrote in a report on Monday.

Here's a breakdown of some of the biggest momentum shifts in the post-election world:

Betting on banks: Investors have been rushing to buy big banks, betting that Trump's proposals to dial back or even kill the Dodd-Frank reform will lower expenses and boost profits. Goldman Sachs and Morgan Stanley are up more than 13% apiece since the election. The rapid rise in interest rates will also make it easier for consumer-focused banks like Bank of America and PNC Financial to make money.

Facebook flop: The Nasdaq, home to big tech stocks like Google and Facebook, has been left out of the post-election party. The PowerShares QQQ ETF that tracks the biggest tech companies is actually down 1% since Election Day, while the Dow has popped 3%. The tech slump is a reflection of concerns that Silicon Valley, which was seriously rooting for a Hillary Clinton White House, could be hurt by Trump and his threats to crack down on the industry's practice of hiring from a global talent pool through H1-B visas.

Coal is smoking hot, not solar: Trump won the Rust Belt in part due to his promise to bring back coal jobs by rolling back EPA rules that have hurt miners. Wall Street is betting he'll do just that, sending shares of Arch Coal and bankrupt Peabody Energy skyrocketing since the election. On the other hand, Clinton's defeat signals less support for renewable energy. That's why the Guggenheim Solar ETF is down 6% over the past week.

Construction boom: Trump has promised to give the American economy a jolt by rebuilding aging roads, bridges and airports. Hopes that Trump and Congress will ramp up infrastructure spending has caused stocks like Caterpillar, U.S. Steel and Jacobs Engineering to zoom higher by double-digits.

Defense plays offense: Also on the spending front, Trump and the GOP are likely to push for a more robust defense budget. Hopes for more fat military contracts have sent Lockheed Martin, Raytheon and other defense stocks flying higher.

Biotech boom: Many on Wall Street feared a Clinton crackdown on controversial drug price hikes. Now that Clinton and Senate Democrats have also lost, biotech and other pharma stocks like EpiPen maker Mylan and Celgene are enjoying a powerful rally.

Obamacare fallout: Trump's promise to repeal and replace some or all of Obamacare is causing serious disruption in health-care stocks. Health insurers like Humana and Aetna that had been losing money recently in the federal health exchanges have surged. But hospital companies like HCA Holdings that benefited from spending by newly-insured patients have plunged.

Turbulence in Mexico: Not only has Trump threatened to rip up NAFTA (trade deal between U.S., Canada and Mexico), but the president-elect wants Mexico to pay for a wall on the southern border of the U.S. The Mexican peso has plunged 10% over the past week. Mexican stocks have also tumbled, even ones that hedge against currency volatility. The Deutsche MSCI Mexico Hedged ETF is down 6% over the past week.

U.S. dollar flexes muscles: The American currency has been in rally mode since Trump's victory as rates rise and investors bet on more growth. The dollar index, which measures the greenback against a basket of currencies, is up seven days in a row and near a 13-year high. That has helped stocks with little exposure to overseas markets like ones in the small-cap Russell 2000 (up 9% in the past week) and restaurant chains Shake Shack and El Pollo Loco, up 18% apiece since the election. The dollar strength has hurt multinationals like Apple and Nike whose products could become more pricey for overseas buyers.

Blackout for utilities: The rip higher in interest rates is bad news for utilities, the worst post-election performer of the market's 10 major industry groups. That makes sense since utilities are notoriously sensitive to higher borrowing costs due to their low-growth business model. More importantly, utilities and their fat dividends had become a favorite among investors seeking reliable payouts in the age of low interest rates.