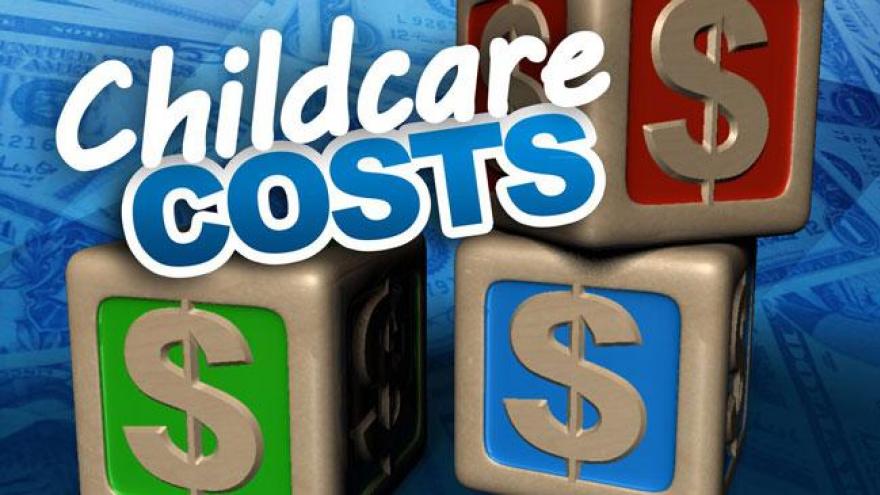 But Trump's current proposal, which he is expected to reiterate during his prime-time address to Congress Tuesday evening, will do little to help the working families who need the most relief. That's according to a new analysis from the non-partisan Tax Policy Center.

Just about everyone agrees that child care costs in America are astronomical. It now costs more to put a kid in child care than college (if you get in-state tuition).

But an analysis by the Tax Policy Center finds that Trump's proposal is a gift to the rich. The tax experts at TPC say 70% of the benefits will go to families that make $100,000 or more. Another 25% will go to people earning $200,000 or more.

"Trump has identified a real challenge affecting working families, but his proposal would do little or nothing to help them," Elaine Maag, an expert at the Tax Policy Center, told CNNMoney.

The heart of Trump's plan is to significantly expand the tax deduction that families can take for child care expenses for kids under 13. Anyone making less than $250,000 ($500,000 if married) could deduct the average cost of child care in their state. (The average would be based on the age of their child, since it usually costs more to care for infants and toddlers).

That sounds great, but families have to pay income taxes to Uncle Sam in order to take advantage of the deduction. Many working class families pay nothing in federal income taxes because they earn too little in income to owe anything.

On top of that, Trump wants to create a "dependent care savings account" (DCSA) to allow families to save up to $2,000 tax-free that could be used to pay for care for kids or elderly parents. Parents could even use the money to pay for summer camp.

Again, it sounds good, but poor families that desperately need a break on child care are unlikely to have extra money to put into the savings account.

"Child care is a major crisis in America, but the Trump plan is badly designed," says Ajay Chaudry, who served in the Obama administration and is the author of "Cradle to Kindergarten: A New Plan to Combat Inequality."

The final part of Trump's plan is aimed at helping poorer families. It's a refundable tax credit so working parents who don't end up owing federal income tax could actually get money back from the government. The catch is the maximum amount a low-income family could receive is $1,200 under Trump's tax proposal.

Most working class families would get far less than that. The Tax Policy Center says a couple earning $30,000 a year would get $574 back. It's a modest amount compared to the average child care bill.

What about paid maternity leave?

Putting a four-year-old in full-time care ranges from $4,439 a year in Mississippi to a whopping $17,863 a year in Washington D.C., according to Child Care Aware.

Trump's daughter Ivanka has been working with Congresswoman Marsha Blackburn, a Republican from Tennessee on refining the plan. No new details have been released.

"One of the things that is most troubling as a mom in the workforce is finding child care and being certain that your children are safe and well cared for and not feeling like they are going to miss out on things because you put yourself on the guilt bus," Rep. Blackburn told CNN in early January.

On the campaign trail, Trump also floated the idea of providing new moms with up to six weeks of partially paid maternity leave. It's unclear if that is still on the table alongside the tax provisions.

"This would be a big help financially for families," says Rachel Greszler, a senior policy analyst at the Heritage Foundation, a conservative think tank that hasn't taken a stance on Trump's child care proposal. "But it comes at a big cost."

The price tag may cause Congress to reject the proposal. Congresswoman Blackburn's office and the White House did not respond to CNNMoney's request for comment.