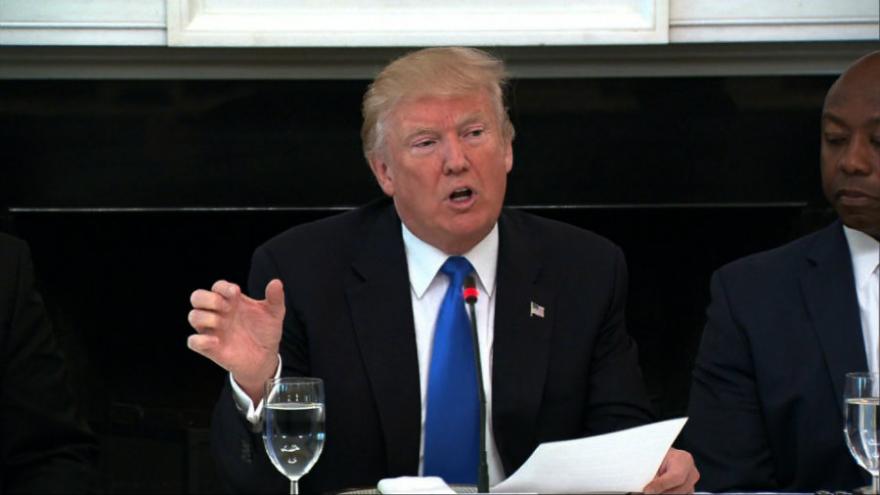 (CNN) -- A day after North Korea tested a ballistic missile that it claims can reach all of the United States, US President Donald Trump ripped China for not reining in Kim Jong Un and his missile program.

"I am very disappointed in China," Trump wrote in a pair of Twitter posts. "...they do NOTHING for us with North Korea, just talk. We will no longer allow this to continue. China could easily solve this problem!"

North Korea's test Friday of a Hwasong-14 intercontinental ballistic missile was its second of the long-range weapon in a month. The first on July 4 showed the missile had the range to reach Alaska.

It said Washington should regard the launch as a "grave warning."

"The whole US mainland" is now within North Korea's reach, KCNA quoted Kim, its leader, as saying.

The North Korean leader called Pyongyang's weapons program "a precious asset" that cannot be reversed or replaced, according to the agency.

China, a longtime North Korean ally, issued a statement Saturday condemning the missile launch and asked Pyongyang to "stop taking actions that would escalate tensions" on the Korean Peninsula.

But Trump said in his tweets Saturday night that China has been taking advantage of the United States. He tied trade policy to the North Korea situation and took a swipe at his predecessors in the Oval Office.

"Our foolish past leaders have allowed them (China) to make hundreds of billions of dollars a year in trade" while allowing North Korea's missile program to become a direct threat to the US mainland, he wrote.

China earlier this year proposed that North Korea freeze its nuclear weapons and missile programs in exchange for the United States and South Korea ending a string of military exercises that North Korea considers a threat to its security.

But the Trump administration has answered Pyongyang's missile tests with displays of US military power, including missile tests of its own, flights of B-1 bombers over the Korean Peninsula and large-scale naval exercises in the waters around it.

The United States has also asked China to pressure North Korea economically to cut off its access to foreign currency.

Beijing says it has slashed imports of coal from North Korea, but trade between the two countries is rising.

A Chinese government official said in mid-July that China-North Korea trade was worth $2.6 billion in the first half of 2017, up about 10% over the same period last year.

"So much for China working with us - but we had to give it a try!" he tweeted.