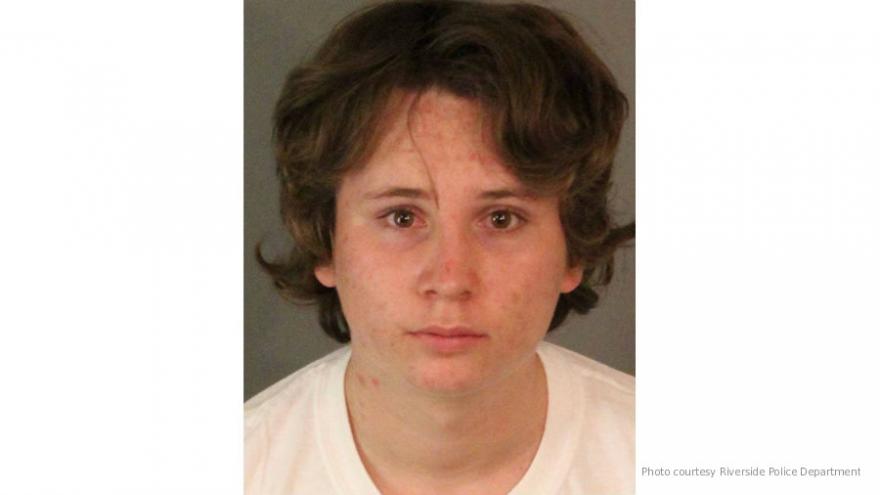 (CNN) -- It was 3 in the morning, and a California woman was attempting to flag down a police officer; she wanted to report that her son just told her he had molested two boys.

Not only did he confess to sexually assaulting 4- and 8-year-old boys at a $65-a-night motel room about a mile away from the police station, but he also admitted molesting "upwards of 50 children since he was 10 years old in different cities where he had lived," according to Riverside police.

Those previous addresses include the Southern California cities of Lakewood and Buena Park, police said. Boston had been staying in Riverside, about an hour's drive east of Los Angeles, since earlier this month.

Boston had a room at the motel where he "befriended" the boys, who were staying with their parents, also guests at the motel, a police news release said. The children went to Boston's room Friday night, the statement said.

"Hours later, the suspect called his own mother stating what he had just done," the news release said.

The teen's mother took him to the closest Riverside Police Department station and told an officer she wanted to turn in Boston for suspected molestation, police said.

Boston confessed to molesting the boys in the motel before saying he had dozens of other victims, according to police.

Police charged Boston with two counts of oral copulation on a child under the age of 10, according to online records. He is being held at Robert Presley Detention Center. His bail is set at $1 million.

It was not immediately clear if Boston had an attorney. He is scheduled to make a court appearance Wednesday.

Detectives say they believe Boston has victimized other children and ask anyone with information about this case or any previous alleged crimes to contact Riverside police.

"This is going to affect not only the victims for a long time, but also our detectives and officers involved in this -- to hear someone just be very open about what they've done, and they're only 18 themselves," Officer Ryan Railsback told CNN affiliate KABC.