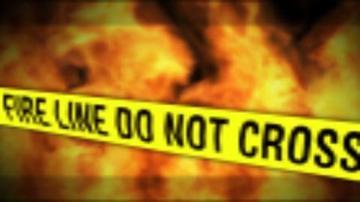 Fire investigators believe that the flames started in the basement and spread up to the first floor.

Several streets around the fire were blocked as fire crews worked to get the fire out.

Fire crews were on the scene for several hours, leaving around 9 a.m. We're told the cause of the fire is undetermined at this time.

No one was inside at the time, no pets were inside.

It will be some time before those living there will be allowed to return home, the fire did so much damage that the utilities to the building had to be shut off.