Two Army vets reclaim friendship after discovering they were neighbors 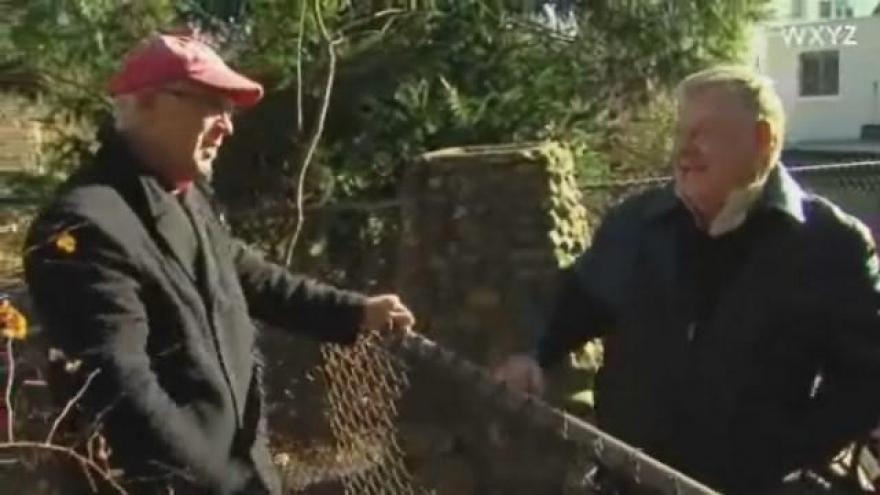 DETROIT (CNN/WXYZ) -- Two Army veterans were living just steps away from each other for nearly 20 years before discovering they were long-lost pals.

October 6, 1966 was the day Roger Watson was drafted, and the day he met a friend who never quite left his memory - Dave Brown.

“Back then if you were 19 years old and weren't in school, you were in the Army,” said Dave.

Dave and Roger were both from Detroit and went through basic training together in Fort Hood, Texas.

They came home for a month before going to Vietnam.

“After that we never did see one another,” said Dave.

Dave heard Roger was wounded early in his tour but never learned whether he survived.

Roger got married, had kids and settled on Franklin Street in Berkley.

He wondered from time to time what happened to Dave.

About 5 years ago, Roger befriended a neighbor, Peggy.

“We'd sort of wave and it went from a wave to coming up the fence to chatting a little bit,” said Roger.

They bird watched together and exchanged emails. Little did Roger know, Peggy was married to Dave.

The pieces began falling together in late October when Peggy noticed Roger was a wounded vet.

“Then she noticed on the hat that was in the deck the 9th infantry patch,” said Dave.

The same 9th infantry Dave had served in.

“By God, it's Roger! To tell you the truth, I was flabbergasted,” said Dave.

“We've been neighbors for 18 years and didn't realize, here we were!” said Roger.

The odds are probably slimmer than the fence that separates their yards.

“He came running out of the house, over to the corner, had to beat back the brush, we just shook hands and couldn't believe it!” said Roger. “It was just an incredible feeling, just amazing!”

A long-lost friendship reclaimed after almost half a century.

“We're going to be seeing a lot more of each other,” said Roger.