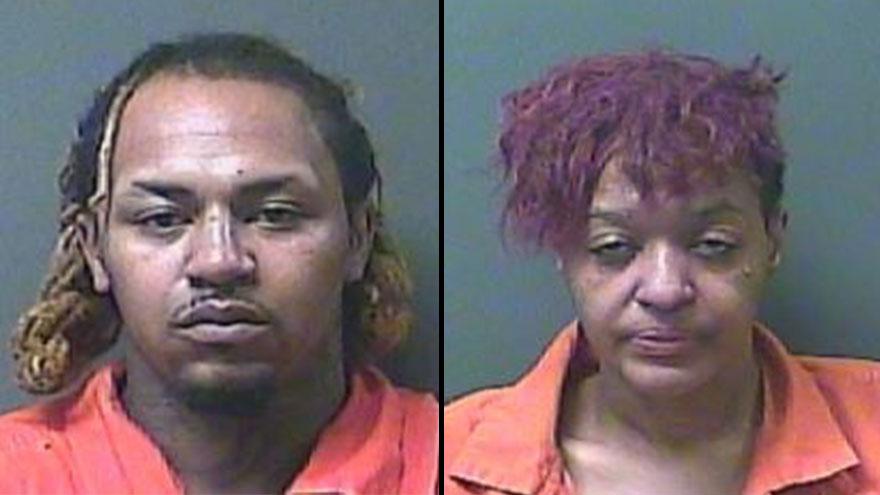 A man who was wanted on active warrants was arrested on drug related charges after police served a search warrant at his hotel room, according to Michigan City Police.

Rosenbourgh was wanted on two counts of dealing methamphetamine.

Before police could execute the search warrant, an employee of the hotel, 43-year-old Trinity Hawkins, notified Rosenbourgh, police said.

Investigators had learned Robert Rosenbourgh, 33, was living in the hotel. Rosenbourgh was wanted on two counts of dealing in methamphetamine.

A search of his room resulted in the seizure of narcotics, cash and paraphernalia, reports said.

Hawkins was charged with assisting a criminal.

“I could not be more proud of the previous and continued work product produced by the members of the La Porte County Drug Task Force. This unit continues to be dedicated to eradicating illegal drugs not only in Michigan City, but throughout La Porte County. The investigations conducted by LCDTF have undoubtedly made La Porte County a safer place for its amazing residents," Michigan City Police Chief Dion T. Campbell said.