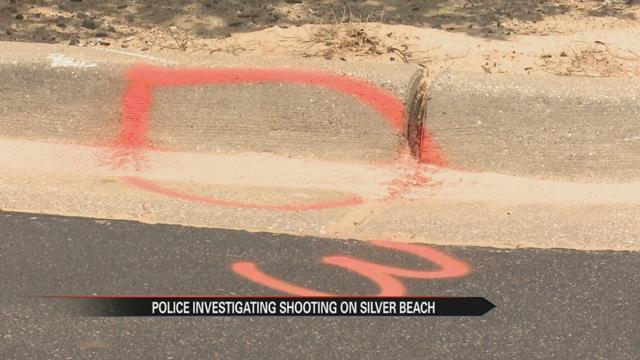 Two Elkhart men are in custody after hundreds of people were sent scrambling when shots rang out at Silver Beach Monday night.

“We heard what honestly sounded like firecrackers, like we thought it was fireworks, so we were all very confused,” Shelbie Asher, who was at Silver Beach the night of Memorial Day, said in a phone interview. “We were like looking around at the beach and it wasn’t until we saw like this big, massive crowd of people just running away, like towards the water, and screaming, that we realized, yeah, it was definitely not firecrackers.”

Instead, it was gunshots ringing out on Silver Beach in St. Joe just after 9 p.m. on Memorial Day.

“We’re just very lucky that nobody was hit with that many shots being fired,” Berrien County Sheriff Paul Bailey said.

Police say 10 to 15 shots were fired at the beach Monday night, with hundreds of people still out enjoying the holiday.

“I was on the beach with my wife,” Bailey said. “So I was there, down at the south side of the beach, heard the gunshots [and] responded with the officers that arrived.”

The shots were fired near restrooms that sit on the beach, though nobody was injured. Police markings of where shell casings were found were still present Tuesday.

Police say there was a screaming match on the beach just after 7:30 p.m. Monday night, but officers cleared it up and left around 8 p.m.

About one hour later, calls for gunfire were made, but witnesses said there was confusion.

“Oh, there was a long delay [in reaction],” Asher said. “Everyone thought it was firecrackers. I even heard someone say, ‘Oh! It was the Memorial Day salute!’”

“Some of the Elkhart people that came up [to Silver Beach] were arguing with some of the local people, which caused this breakout and caused the shots to be fired,” Bailey said.

“We want people to come from all over to enjoy this great beach,” Bailey said. “But we just gotta figure out how we’re gonna make sure that it’s safe.”

Bailey said a deputy patrols the beach during the day and overnight patrols are made, but more law enforcement coverage on busy summer weekends may be necessary.

The investigation into what caused the shooting is still ongoing, and anyone with information is encouraged to contact the Berrien County Sheriff’s Department or CrimeStoppers.