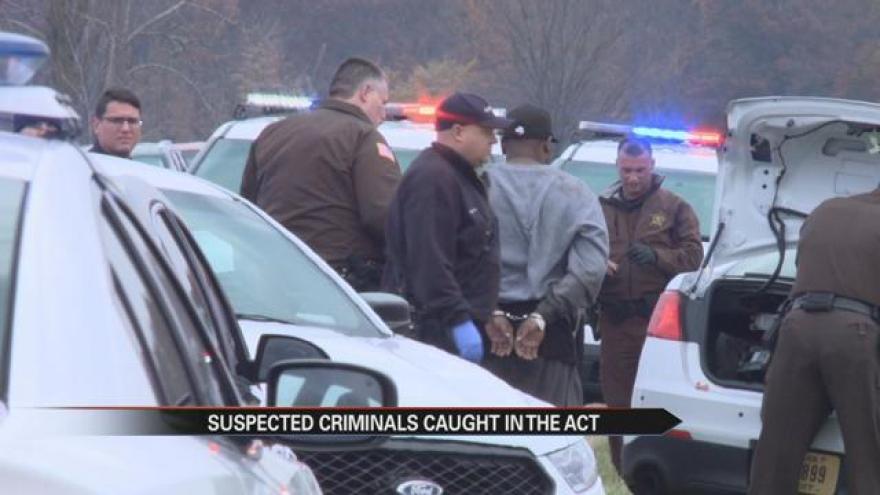 Upon arrival, police say they found the two suspects with their vehicle, which had been pulled around to the back of the home.

Parker was detained, but Hicks ran into the nearby woods and a chase ensued.

According to police, after an hour and a half a K-9 unit tracked the suspect hiding in the woods near Buckeye Road and Cleveland Road.

Darci Dhuivetter, who lives in the home with her daughter Hannah, says they were both at work during the break-in and were shocked when they received the call from police.

“It was a long ten minute drive home from work. We were both pretty petrified because we didn’t know what we’d be walking into,” said Dhuivetter.

Dhuivetter says the suspects broke in through a window and made a mess throughout the home. Her TVs, laptop and a camera had been taken from the home and collected on her back porch.

She says the suspects also took prescription pills from the medicine cabinet, and were found throughout the area where Hicks ran.

Hicks and Parker are in the St. Joseph County Jail without bond.