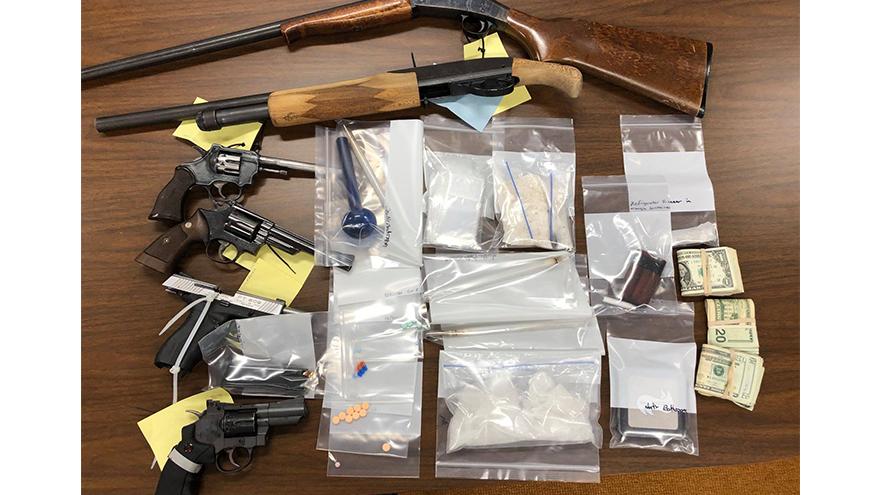 Officers arrested Joseph Utter Jr, 33, and Shannyn Fritz, 28, after a conducting a search warrant at Utter's home in Rochester.

Utter faces criminal charges including dealing meth, possession of meth, serious violent felon in possession of a firearm and neglect of a dependent.

Fritz was found at the home and was arrested on 8 alleged criminal charges.

Utter’s 3-year-old daughter was also found at the residence and was put in the care of the Indiana Department of Child Services.

They are incarcerated at the Fulton County Jail.