Two burglaries in two months for an Elkhart family 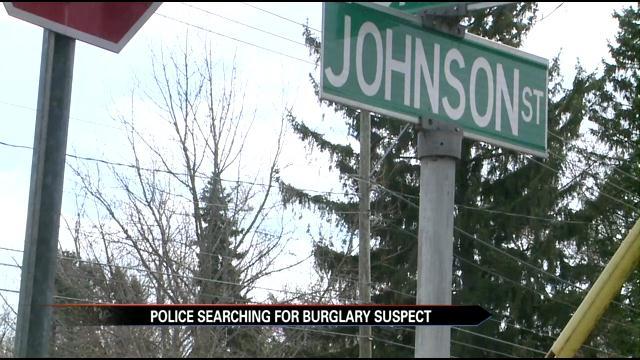 An Elkhart family is left feeling unsafe in their own home. They say this is the second time their house is broken into since the beginning of the year. They are sharing their story because they do not want other families in their neighborhood to be next.

Armando Lozano has lived in this house on Johnson Street in Elkhart with his family for four years and explains in Spanish the damage left behind.

“This window is broken, they forced open this lock, and then they entered through the kitchen,” says Lozano.

Lozano adds that it is not until recently that he has had problems.

“This is the second time this happens in two months,” says Lozano.

According to a police report Lozano made with the Elkhart County Sheriff's Department, televisions, video game systems, and jewelry were all taken from his home on Wednesday between 5:30 a.m. and 3:00 p.m.

Lozano says the house next to him is now vacant and without a neighbor to watch out for his home, he believes he and his family have become a target.

“I don't feel safe at all even though I made police reports the two times. I just don't feel safe. I think people should put alarms and camera. I didn't have that because living here four years I thought the area was calm but now I think you need an alarm,” advises Lozano.

Now a broken window and shards of glass scattered on the entry way to Lozano's home are a reminder of the sense of security taken from his family.

“I'm scared that one day they enter at night when my kids are her and maybe I'm not here and if my family is here by themselves and if something more serious happens…” says Lozano as he thinks of the unimaginable.

The burglary happened near the intersection of Johnson Street at Bristol Street in Elkhart. If you saw any suspicious activity during that time you can contact the Elkhart County Sheriff's Department.
Share this article: