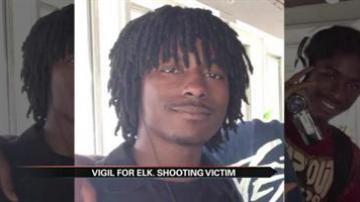 ELKHART COUNTY, Ind. -- Two men have been charged in connection with the murder of Devonte Patrick on December 23, 2013.

According to the Elkhart County Prosecutor, Patrick was driving around Elkhart with friends when one of his passengers arranged to sell marijuana to Thomas Harper.

Harper and Antonio Walters met with Patrick and his passenger at Prairie and Indiana in Elkhart.

Police say Harper and Walters pulled out guns and attempted to take the marijuana without paying for it.

Patrick was shot as he tried to drive away during the robbery, according to police.

Harper and Walters have been charged with felony murder.

Harper is currently in the Elkhart County Jail on other charges.

Walters has not been arrested yet.