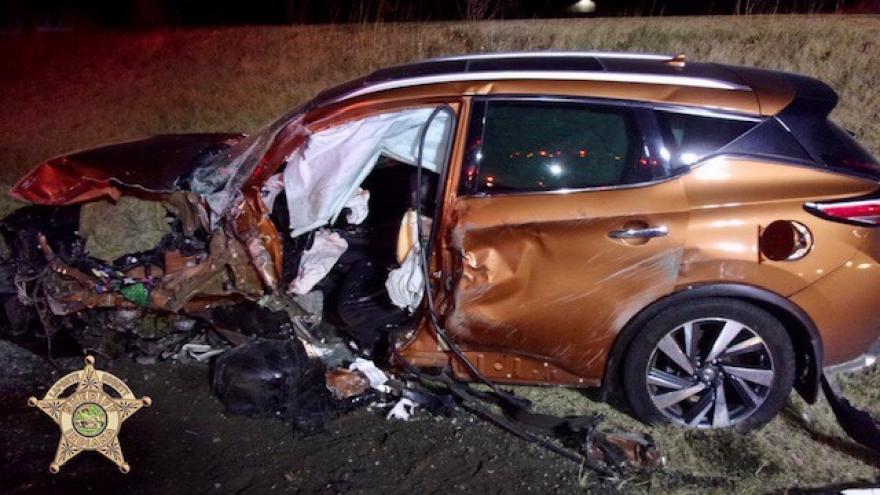 LA PORTE COUNTY, Ind. – Deputies from the La Porte County Sheriff’s Office responded to a crash on Friday, November 20th, around 4:30 p.m. Not even a half hour later, another crash happened just one mile away.

According to official investigation, Arthur McNeeley, 61-year-old of Mishawaka, was driving a 2004 Ford east on US 20 while Debra Birkholz, 69-year-old of La Porte, was stopped in a 2015 Cadillac in the passing lane as she waited to turn left onto CR 200 East.

McNeeley attempted to avoid Birkholz’ car, but the front passenger corner of his truck hit the rear driver’s side of her vehicle.

After the initial collision, McNeeley’s truck drifted across the center of the road into the lanes of oncoming traffic heading west.

The truck traveled into the westbound outside lane where it collided with a 2016 Nissan driven by Brian Klingerman, 62-year-old of Bremen.

Kristina Wu, 53-year-old of La Porte, was driving a 2013 Toyota behind Klingerman when the collision happened in front of her.

The front passenger side of Wu’s car was struck by the rear driver’s side of Klingerman’s car.

McNeeley was pinned inside his truck and required help to get out. He had a lower body injury and was taken to a hospital for treatment.

Both Klingerman and his front passenger, 65-year-old Joyce Klingerman, were pinned inside their car and required help to get out. Both suffered an upper body injury and were taken to a hospital for treatment.

Klingerman’s rear seat passenger, 33-year-old Jessica Klingerman, sustained an upper body injury and was taken to a hospital for treatment.

Several hours later deputies were informed that Brian Klingerman had passed away from his injuries.

Deputies were then called at 4:57 p.m. to investigate a crash just one mile east on US 20.

According to official investigation, Hailey Joy Del Valle, 19-year-old of East Chicago, was driving a 2005 Mazda north on CR 300 East.

Del Valle ignored the stop sign and crossed US 20, colliding with the driver’s side of a 2016 Ford driven by Minh Nguyen, 58-year-old of Pattonville, Texas, who was traveling west.

Nguyen’s truck was towing a 2020 Sprinter recreational vehicle and the crash caused both the truck and RV to jackknife.

Del Valle will be issued traffic citations for disregarding a stop sign, learner’s permit violation, false and fictitious registration, failure to register, and no vehicle insurance.

As a result of the crashes, US 20 was shut down in both directions for around two and a half hours.