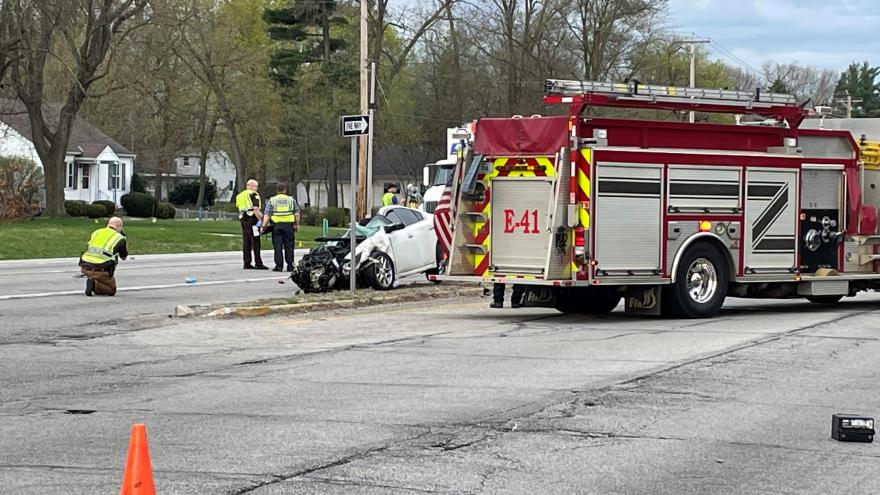 ST. JOSEPH COUNTY, Ind.—Two people were killed and a third was seriously injured in a crash at State Road 2 and Quince Road on Thursday, according to the St. Joseph County Fatal Crash Team.

Just after 7 a.m., police were called to a crash involving a Nissan Maxima and a semi-truck on State Road 2 and Quince Road.

According to FACT, the Nissan struck the semi-truck that was stopped at the traffic light in the eastbound lane.

Two of the occupants in the Nissan were pronounced deceased at the scene, according to FACT.

All three occupants of the Nissan were ejected from the vehicle during the crash, reports said.

The names of the victims are being withheld pending family notification.

Police said the driver of the semi-truck was not injured in the crash and is cooperating with the investigation.

The road reopened to traffic around 11 a.m. Thursday.