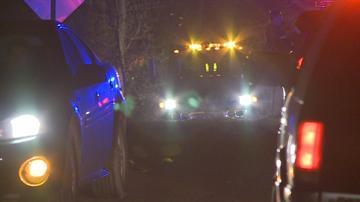 According to the Cass County Sheriff’s Department, the accident happened just after 9:30 p.m. near the intersection of Baldwin Prairie Road and Chapel Hill Road about 10 miles Northeast of Edwardsburg.

Undersheriff Richard Behnke told ABC 57 News that three men were driving westbound on Chapel Hill Road when the pickup truck they were in veered off the road and into a tree.

A second passenger, 19-year-old Ross Gambill of Osceola, Indiana, was taken to the hospital for treatment of non-life threatening injuries.

Behnke said that speed and wet conditions on the gravel road played a role in the accident.