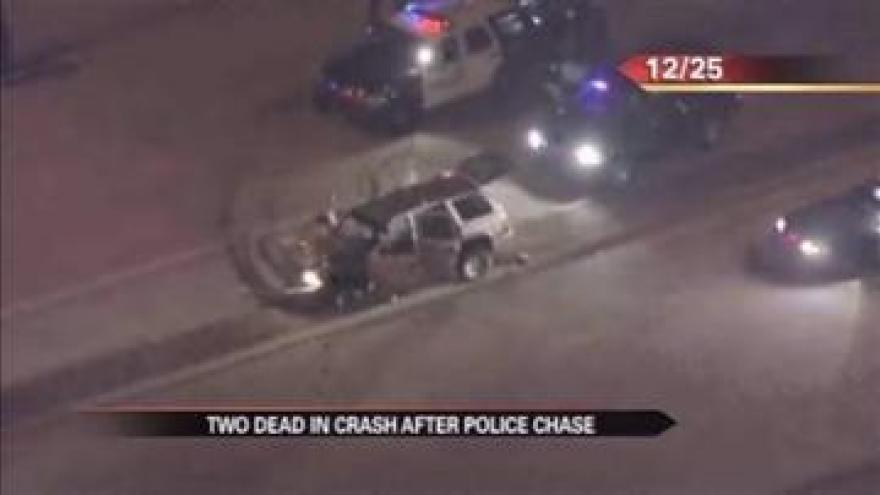 PASADENA, Calif. -- A woman and a small boy were killed after a police chase ended in a crash in California.

Police say an SUV was stopped for a traffic violation but sped away.

After a short chase the driver collided with a van.  Of the four people occupying the van, two were killed instantly while the others were injured.

Four people in the SUV were arrested. Police say they may be connected to a double shooting.