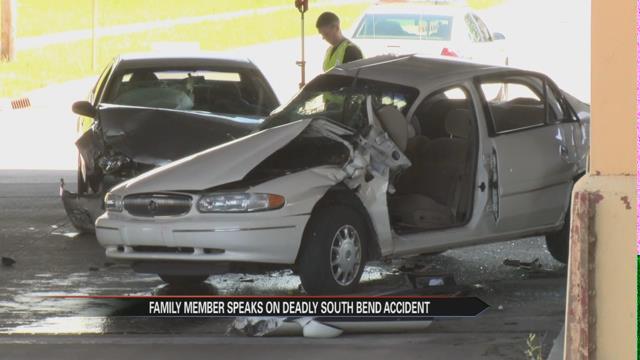 Two members of a Michiana family were killed in car accidents within one day of each other.

Felix Garcia, a cousin of both of the victims says he cannot believe what has unfolded over the past couple of days.

Monica Bueno and Josefina Bueno, both died in vehicles crashes this week.

Felix Bueno says, “First one then, 36 hours later a second in a tragic accident a car accident.”

Police reports say on Sunday around 3 a.m. 33-year-old Monica Bueno was driving a vehicle with her boyfriend, 33-year-old Rolando Carrillo, when she hit a utility pole and sideswiped a building near the intersection of Main and Indiana.

She was ejected from the vehicle, Carrillo sustained minor injuries.

“Said goodbye when we left and that was my last time seeing her.”

On Monday, 66-year-old Josefina Bueno was involved in a fatal accident at the intersection of Walnut and Western in South Bend.

Bueno says he has always been careful when driving through the intersection.

“I have always known driving through there, that it was dangerous.”

Josefina was a passenger and the vehicle was struck on the passenger side.

Josefina was pronounced dead upon arrival at Memorial Hospital.

Funeral arrangements for Monica Bueno have been made at the St. Joseph Funeral Home in South Bend.

Arrangements for Josefina Bueno have not been made yet.