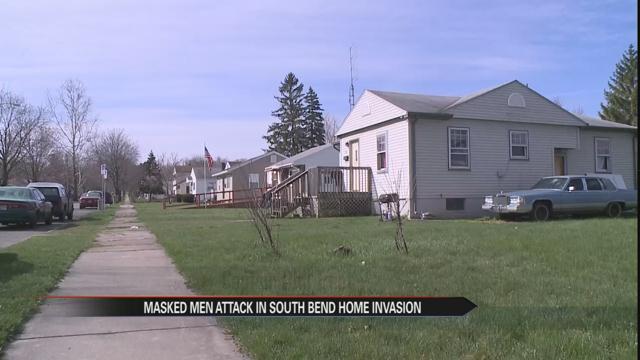 On Tuesday night two females were taken to the hospital after a home invasion on Carlisle Street in South Bend.

South Bend Police are actively investigating and they hope someone will come forward with a tip that could lead to an arrest.

Captain Phil Trent with the South Bend Police Department said the four suspects were wearing dark clothing and masks to conceal their faces.

Trent said, “They hit both the females with the weapons they were carrying, completely unnecessary brutal attack. These females by all accounts were surrendering, and there were four males in the home ransacking it.”

Police responded to the call just after 11:30 p.m. Tuesday night. Trent said the suspects nabbed a safe and a couple of cell phones.

Trent said, “These individuals were wearing masks and dark clothing but obviously there's four of them so somebody out there knows who did this so we could really use a tip on this one.”

Paula Kelley has lived in the neighborhood for 20 years and she said she had no idea police were searching around her backyard for suspects in the middle of the night.

Kelley said, “That is scary! Normally my dogs will bark but they bark at everything.”

Police believe the home on Carlisle Street was targeted.

If you have any information on this home invasion you can call the South Bend Police Department.