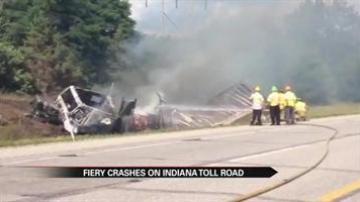 The crashes were in the westbound lanes near Bristol in Elkhart County just before 5 p.m. Wednesday.