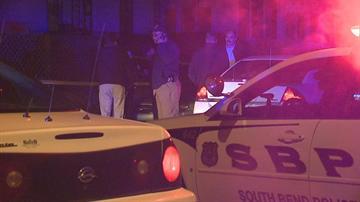 SOUTH BEND, Ind. – A man and a woman were hospitalized with life-threatening injuries after being shot at around 9 p.m. on Wednesday at the corner of Adams Street and Vassar Avenue in South Bend.

The St. Joseph County Prosecutor's Office released a statement with the victims names and conditions on Thursday, just before noon.

They said that Jazmin Conlee, 19, and Alejandro Tinoco, 19, both remain in critical condition at a local hospital.

“We’re still trying to put it together, trying to find out what happened,” explained Lt. Dave Wells of the St. Joseph County Metro Homicide Unit.  “Several witnesses are being interviewed at our offices at Metro Homicide right now.”

Police were called to a home on the 1100-block of Adams Street and found the two victims, described by officers as young-adults, and they were rushed to an area hospital.

“Currently we’re securing a search warrant for the house and then we’re going to start processing the house for evidence,” Lt. Wells explained.  “There’s nobody in custody at this time and we’re trying to piece together exactly what happened.”

Wells explained that, despite the number of witnesses, they don’t know how many suspects may have been involved in the shooting.  Witnesses on scene were heard describing to police that at least one suspect had been seen running down a nearby alley.  Police searched the area on foot with K-9 units.

Anyone with information about the shooting is encouraged to call County Metro Homicide Unit at 235-5009 or Crime Stoppers at 288-STOP.