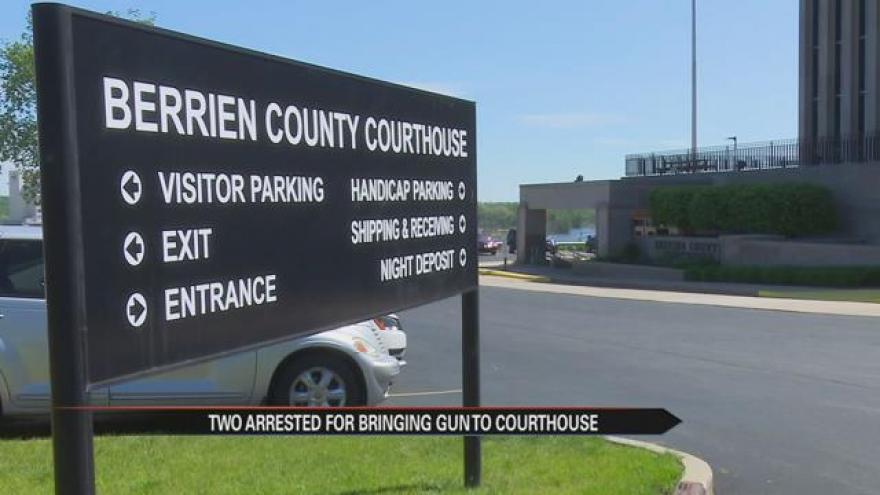 Two people were taken into custody after a loaded handgun was located inside a woman's purse during a security check at the Berrien County Courthouse in St. Joseph.

Berrien County Undersheriff Chuck Heit says a woman and a man were going through security at the courthouse around 8:45 a.m. Tuesday.

Court officers detected a loaded handgun inside a woman's purse as it was going through the x-ray machine.

The man and woman ran from the courthouse, according to Heit.

Several court officers and county deputies apprehended the pair in the parking lot without incident.

There were no injuries and the courthouse was not placed on lockdown.

The investigation into why the suspects were at the courthouse is ongoing.

Arnelda Dywayne Jackson, 40, is facing the following charges: Carrying a concealed weapon, resisting and obstructing police, felon in possession of a firearm.

Both suspects are from Wyoming, Michigan.