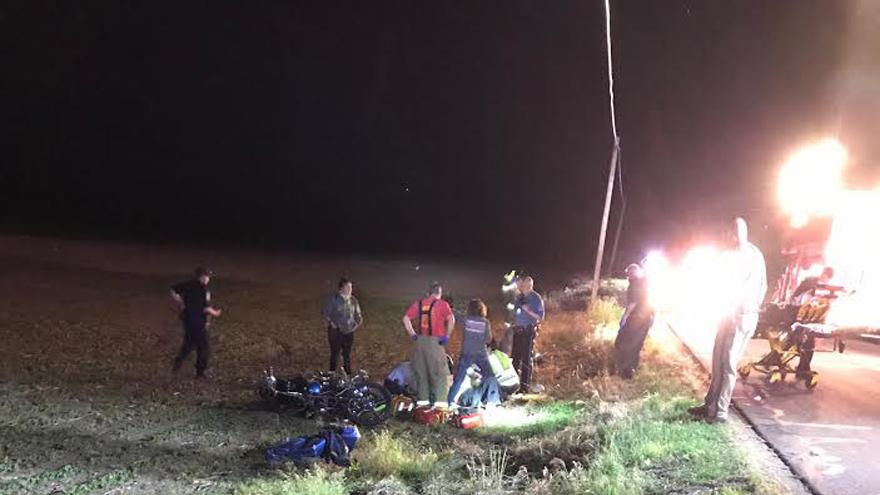 KOSCIUSKO COUNTY, Ind. -- Two people were injured in a motorcycle crash Thursday evening, according to the Kosciusko County Sheriff's Office.

Deputies were called to CR 700 N, east of Harper Road, around 10 p.m. Thursday for a motorcycle crash.

The preliminary investigation revealed the motorcycle was traveling eastbound on CR700 N when it left the roadway and ejected both occupants of the motorcycle, reports said.

Douglas Protzman was taken by helicopter to a hospital in Fort Wayne.

Ericka Steele was transported to the hospital by ambulance.