“I grew up eating at his house, he and his family are from Vietnam and his mother is an amazing cook. It was kind of like my first eye opening thing of what food outside the Midwest was like,” said co-owner and chef Mat Ewing.

Huynh was born in Vietnam but grew up in South Bend. He received two degrees from the University of Notre Dame and now serves as the Research Programs Manager for the Harper Cancer Research Institute.

Ewing, a self-taught chef, grew up a block away from Huynh and the two are life-long best friends. 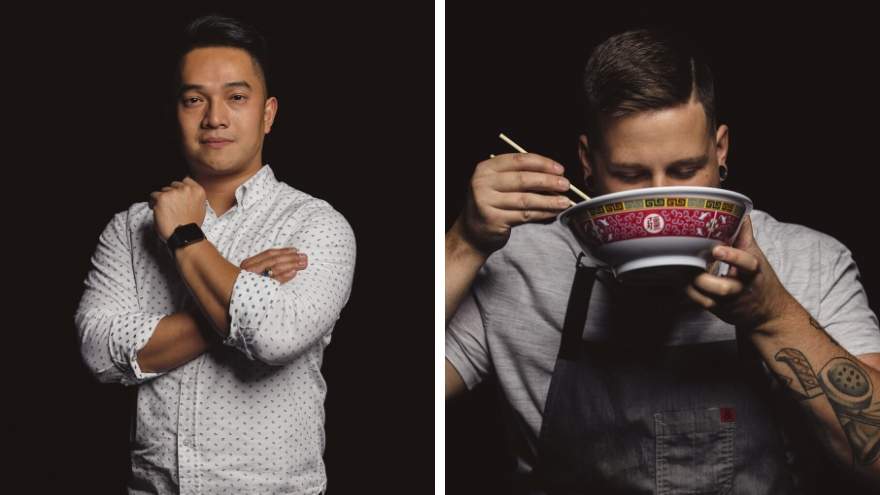 Huynh (left) and Ewing (right) have been friends since grade school. Photos courtesy of Myriam Nicodemus Photography and Film

“This is where we both grew up, it’s something that’s lacking here and I feel like the culinary scene in South Bend is, and has been for the last couple of years, been growing pretty rapidly," Ewing said.

Ewing’s 18-year-long career began locally at China Garden at just 13-years-old and he has held culinary roles in restaurants all over the area, including Main Street Grille and Crooked Ewe. He says most of what he has learned has been through trial and error, but one thing, he knew for sure.

“I always knew that I wanted to open a restaurant and do this for a living,” Ewing said.

PKR, which is short for Pho Kin Ramen, has been years in the making for the two, though they just signed their lease about two months ago. Baker and Rose used to occupy the space until recently announcing a move to the old Dainty Maid building.

The two ran pop-up ramen experiences in the community prior to leasing the space in the Emporium. Earlier this year, PKR hosted a pop-up dinner at Temper Grille in Granger. 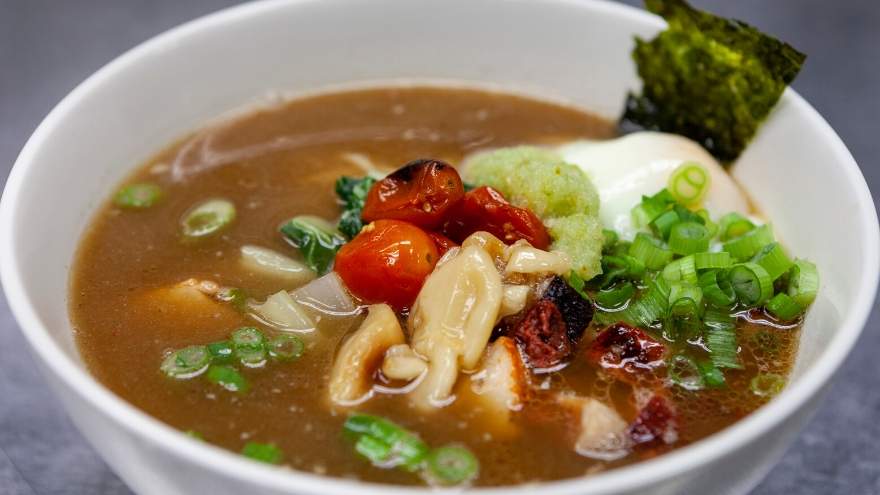 “This is really the next step,” Ewing said of the new space.

“If everything is up and going, I can make a bowl in under two minutes,” Ewing said.

PKR Noodle Bar is slated to open in early December with a few soft openings popping up before then.