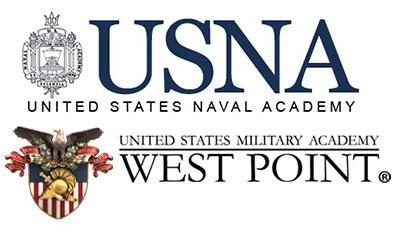 Grace Beverage of Portage, Michigan, has been accepted to the United States Military Academy at West Point.

Raul Cuellar III of St. Joseph, Michigan, has been accepted to the United States Naval Academy at Annapolis.

Beverage is a student at Portage Central High School where she is a member of the National Honor Society, a member of the student senate, and Secretary of the Portage Youth Advisory Council for Youth in Government. She also participates in cross country and lacrosse. She hopes to become an officer in the Engineer Corps, according to a release from Upton's office.

“To be able to nominate and now announce the appointment of this young woman is a great honor,” said Upton in a press release. “Being accepted for admission to the USMA at West Point is an exceptional credit to Grace and her family, and they are rightfully very excited about this opportunity. Traditionally, cadets at West Point go on to serve our country at the very highest levels. Our community is thrilled to watch Grace go for her dreams and become a respected member in the ‘Long Gray Line’”.

Cuellar is a student at St. Joseph High School where he is a member of the National Honor Society, captain of the wrestling team, student ambassador and a member of the math and Spanish clubs. Both his grandfathers served in the Navy during the Vietnam War. Raul hopes to become a Naval aviator, according to the release from Upton's office.

“Young people like Raul who excel not only in the classroom but beyond make our community stronger,” said Upton in a press release. “I was honored to be able to speak to Raul and announce his appointment. He is very excited. Raul is a leader on the rise and we are all eager to watch his journey unfold.”

The nominees for the 2020 class include:

Upton said it is one of his greatest honors to make the nominations and these students represent the best of our communities.

“Being able to nominate such talented local students to our nation’s prestigious military service academies is one of my greatest honors as a Member of Congress,” said Upton. “These young men and women represent the best of our community and aim to follow in the tradition of some of America’s brightest minds. Each member of this group has gone through a rigorous selection process, not to mention excelled in the classroom and beyond. We’re so proud of their accomplishments so far, and expect great things from them in the future.”

All students went through a selection process including an interview with Upton's Academy Advisory Board, then after approval, Upton officially nominated the students.

Each academy will make a final decision on appointments.

Students interested in attending a service academy are encouraged to contact Upton’s Kalamazoo District Office for further information at 269-385-0039.