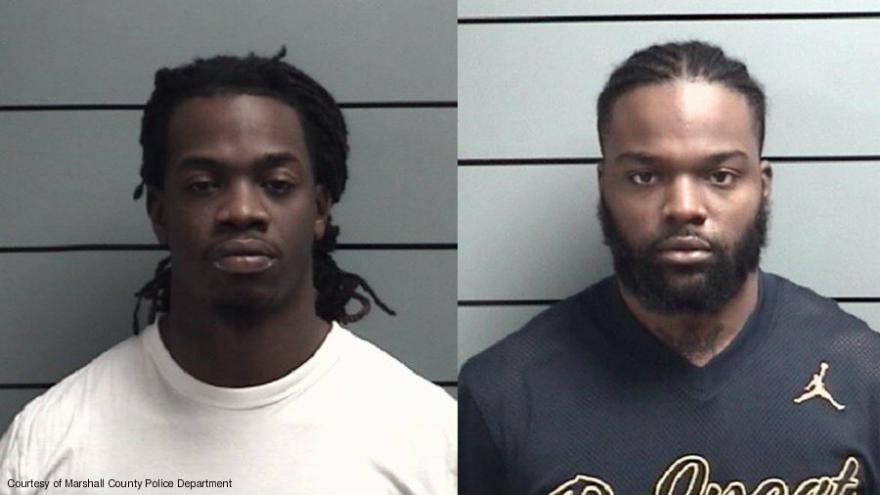 Juwan Hamilton on the left, Leon Burnett on the right

On Friday, Dec. 7th, the Marshall County Sheriff’s Department pulled over a vehicle that was suspected to be involved with the theft.

Inside the vehicle were two men, Leon Burnett, 28, and Juwan Hamilton, 26.

Upon searching the car, an officer found a handgun, marijuana, and the suspected stolen property.

Further investigation showed that Burnett had a warrant for a parole violation.

Hamilton was found to be operating a vehicle with a suspended license.

Both men were lodged for carrying a handgun without a license, theft, and possession of marijuana.

Burnett and Hamilton were held at the Marshall County Jail with a cash bond of $10,000.