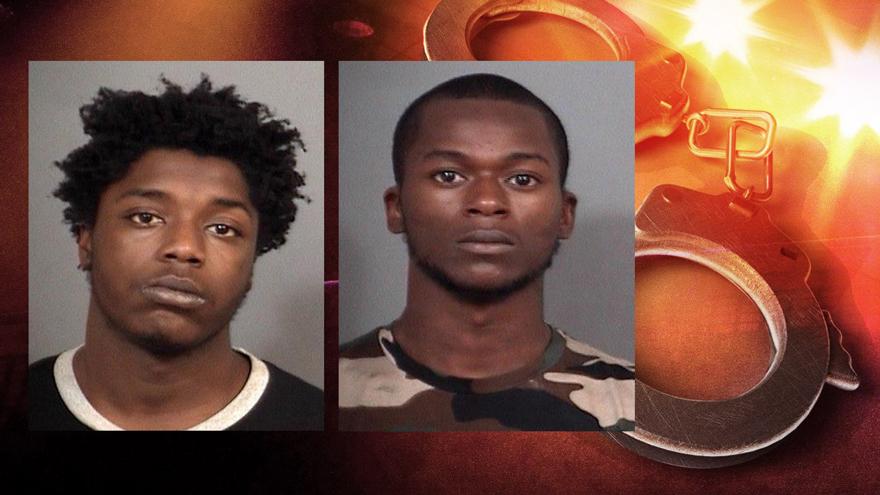 SOUTH BEND, Ind. -- Two men were arrested for a robbery that happened at a hotel on August 23.

South Bend Police were called to the Knight's Inn on Lincolnway West around 6:30 p.m. on August 23 for reports of a robbery.

When they arrived, they met with the victim who suffered injuries to his face and eye.

The victim said he went to the hotel to meet a young woman, but once inside the room he realized two men were hiding behind a door in the room.

When the victim fought back one of the men struck him in the face with a gun and threatened to kill the victim.

One of the suspects then took the victim's car keys and removed things from his vehicle.

The two men and the woman fled the area.

The victim said in addition to the items removed from his vehicle, he was missing $40 cash.

Police collected evidence, including fingerprints, from the hotel room.

The fingerprints came back to Lorenzo Crawford and Andrew Jacobs, police said.

Police spoke with Jacobs about the robbery. He told police he went to the hotel room with Crawford. Jacobs said Crawford told him he hit the victim because he resisted.

Crawford and Jacobs have both been arrested on charges of battery resulting in bodily injury.