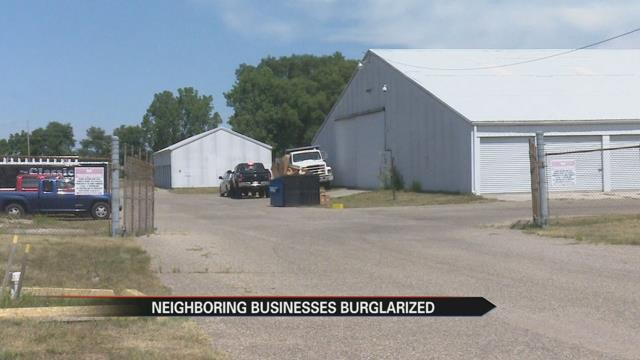 Shock and disbelief: that’s how two Michiana business owners feel after both of them had thousands of dollars worth of equipment stolen from them.

“Well the guys called me at 7:30 Monday morning and said that the back door to the building was open and that both of my trucks were gone,” said Larry Potts, owner of A1 Mobile Home Service.

Both are still trying to wrap their head around what happened.

“Kind of disbelief, little shock that somebody would take a dump truck,” said Eric Paul, owner of Michiana Lawn Pros.

Thousands of dollars’ worth of tools and three vehicles total were taken in both robberies.

Now, both owners are worried because the lack of resources means bad news for business.

“It affects what we do on a daily basis It affects our customers, so until I get can a new another dump truck like that probably won’t be for the next two or three weeks. Hopefully we can come up with something pretty shortly,” said Paul.

“It’s slowing me down because I don’t have the tools available to do the business,” said Potts.

Two of the vehicles have been recovered. The last vehicle, a dump truck owned by Michiana Lawn Pros, is still missing. The investigation is ongoing.