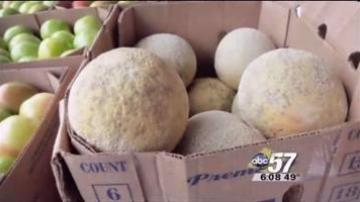 The latest two deaths were reported in Louisiana.  Both of the women were in their 80s.

The CDC says at least 116 cases of Listeria have been reported in 25 states, and that number is expected to grow.

The tainted cantaloupes should not be in stores anymore.