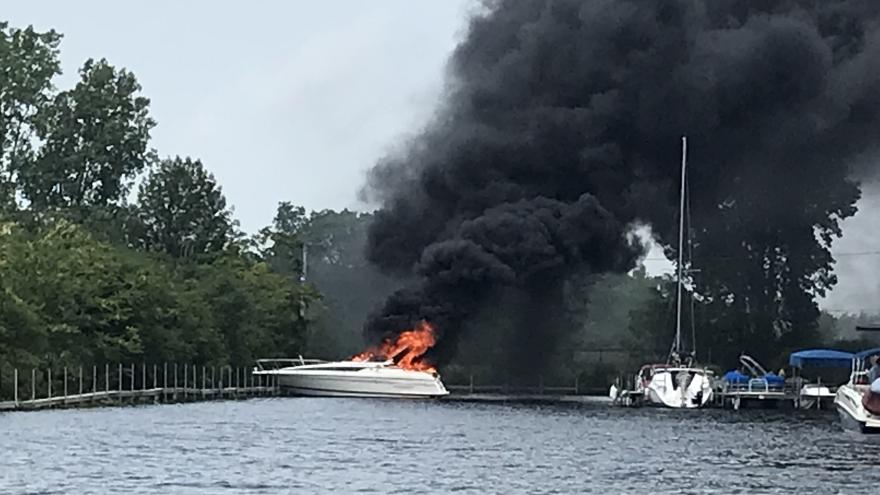 KOSCIUSKO COUNTY, Ind. – Two passengers are injured after a boat caught on fire on Lake Wawasee on Saturday just before 3 pm, the Indiana Department of Natural Resources said.

The fire took place near the Wawasee Boat Company around 2:55 pm.

The two passengers injured from the fire suffered second-degree burns and were transported to a Fort Wayne hospital.

All eight occupants, including the operator of the boat, were able to make it safely on-shore.

Initial investigation reveals that a Cabin Cruiser with two inboard engines caught on fire when the owner tried to start the boat after fueling it, according to the DNR. The owner advised the DNR that he did vent the watercraft with blowers before starting the engine, according to the report.

The Syracuse Fire Department was able to quickly contain the fire. The watercraft did sink in the lake, DNR states.

Conservation officers want to remind boat owners and operators to run bilge blowers before starting inboard engines for the entire time recommended by the boat’s manufacture. All non-open type vessels built after 1980 that are gas-powered are required to have functional bilge blowers, according to the United States Coast Guard.