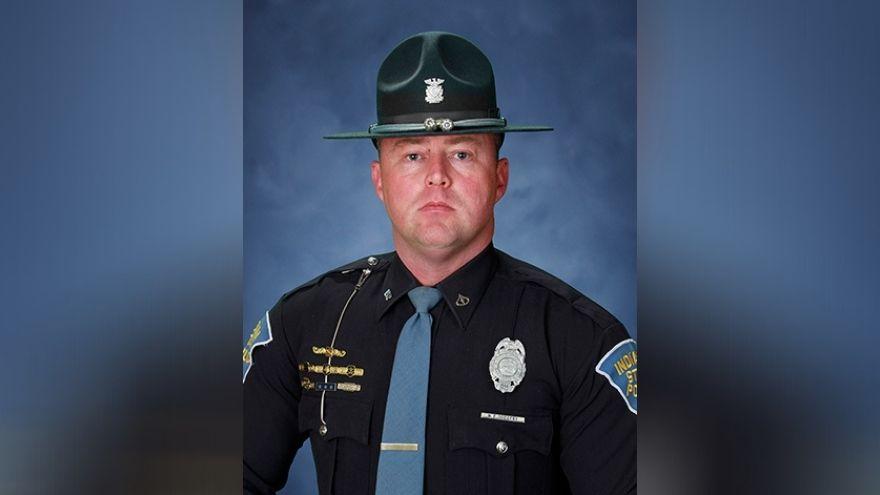 SOUTH BEND, Ind.—An Indiana State Police trooper was alerted by a passing driver that a nearby home was on fire on Saturday night.

Around 10 p.m. on September 12, Master Trooper Mick Dockery was at a traffic stop near Edison Road and Crestwood Boulevard in South Bend when another driver told him that a house was on fire down the street.

The trooper left the traffic stop and went to the home in the 3000 block of Edison Road.

The east side of the house and garage were fully engulfed in flames, according to ISP.

Dockery ran to the front door of the house and saw a man trying to open the front storm door but he wasn’t able to.

Dockery forced the door open so he could get the man out but the man disappeared back into the house yelling he needed to get his dog out, ISP said.

According to ISP, Dockery then noticed a woman who appeared disoriented in the front room, so he went in and dragged her from the home.

Dockery yelled for the man to leave the home and a short time later, the man came outside and was soon followed by a German Shepherd.

ISP did not say what caused the fire or if any injuries were sustained to the home’s occupants. Dockery was later cleared at a local hospital.