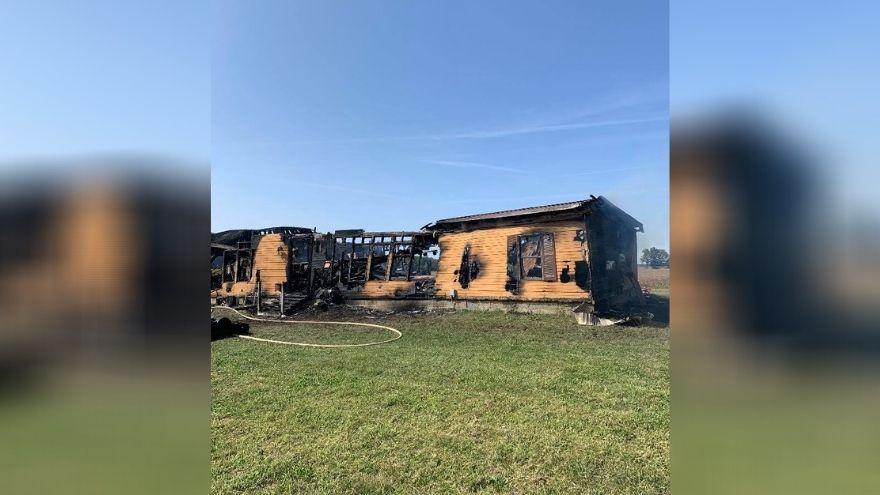 CARROLL COUNTY, Ind.—Officers are investigating the deaths of two people whose bodies were found in a burning Indiana home on Monday morning, according to the Carroll County Sheriff’s Office.

The female victim, identified as Anna Downham, 35, of Bringhurst, died from a gunshot wound, according to the sheriff’s office.

Investigators were unable to identify the male who was found dead in the home after the flames were extinguished and additional testing is needed.

The sheriff’s office said it does not believe the male victim had any connection to Downham’s death.

Police did say that the investigation is being handled as a homicide.

A dog inside of the home also died in the fire.