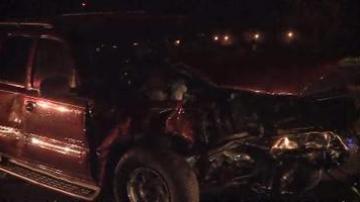 Police say the accident happened just before 1:30 a.m. in Elkhart County at the intersection of State Road 13 and Country Road 20 in Middlebury.

Officials at the scene said an SUV and a car  were involved in the accident.

The two vehicles involved were about 50 yards apart. The SUV was in a parking lot. The second vehicle was in the grass near some trees on the side of the road.

One person involved in the accident was taken by Medflight to Memorial Hospital in South Bend with serious injuries.

The other victim was taken by an ambulance to an area hospital.

Officials have not released the names of the victims.

The roads are back open.