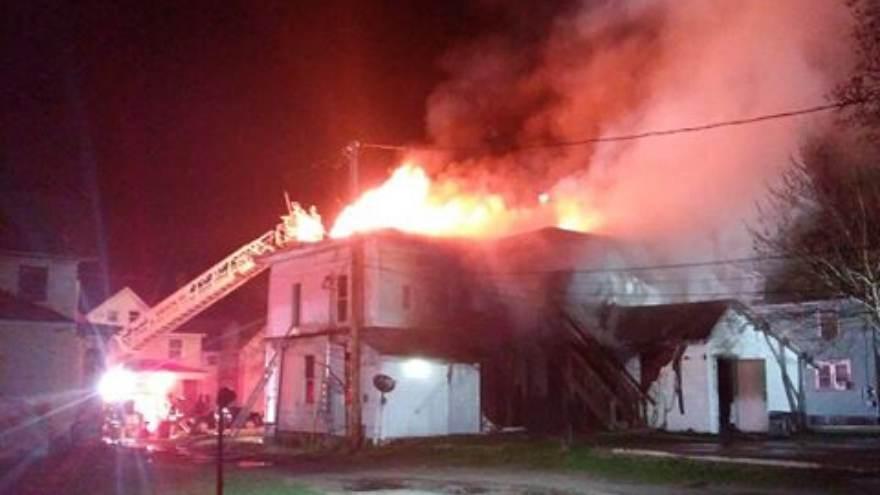 ELKHART, Ind.— Firefighters were delayed in getting to a structure fire on Thursday night due to reports of an armed suspect at the scene, according to the Elkhart Fire Department.

Firefighters were sent to the 700 block of W. Marion Street for a structure fire on April 9 just before 10 p.m.

Multiple 911 calls were made regarding the fire.

Initially, fire department units were delayed due to reports of an armed suspect at the scene.

Police searched for the suspect and secured the scene. Reports did not say whether or not police found a suspect.

Firefighters noted heavy smoke and fire conditions at the structure, which was an old home converted into four apartments.

The fire was extinguished several hours after the initial call.

Two tenants suffered minor injuries and were treated at the scene.

The Red Cross is assisting tenants who are no displaced.

According to reports, the cause of the fire remains under investigation. The fire originated in one of the first floor apartments.