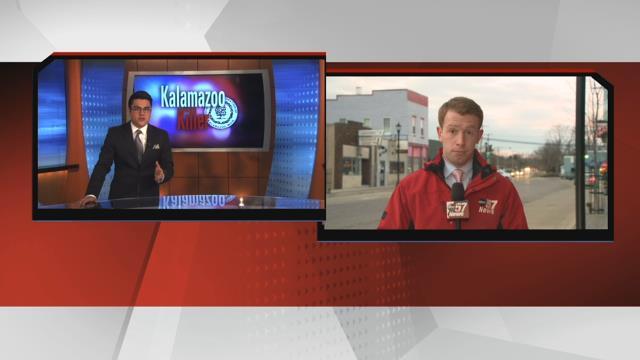 The small Berrien County town of Baroda has been shaken by tragedy after two women from the community were killed in the Kalamazoo shootings.

Baroda, Mich. has a quiet main street, one gas station and a few blinking lights.

Everybody knows each other in Baroda, which is why the community is mourning the loss of sisters-in-law Mary Lou Nye and Mary Jo Nye, who were killed in Saturday’s Kalamazoo shootings.

Mary Lou Nye was 62 and lived on Lincoln Avenue in Baroda with her husband Chris.

He said in an off-camera interview that his wife was a retired office manager in Benton Harbor’s Secretary of State office and that she had recently been working in daycare.

She had met her future sister-in-law, Mary Jo, while they were in college.

Mary Jo Nye was 60 and lived in Battle Creek, Mich. after growing up in Baroda.

Her family said in an off-camera interview that she was a retired teacher who became well known at Calhoun Community High School.

Her family also said she was engaged to be married for the first time.

The two women had met in Kalamazoo Saturday evening to see a show at Western Michigan University, where they had season tickets.

They met at the Cracker Barrel in Texas Township to carpool, according to their family, and returned to the restaurant after the show to pick up the car they left parked there.

Moments later, they were shot and killed in their vehicles.

In his off-camera interview, Chris Nye spoke about losing his wife and biological sister.

He said his family had already endured loss years ago when he and Mary Lou lost one of their son’s after a battle with health concerns.

Extended family said, off-camera, that Mary Lou and Chris had also endured the loss of their home in a fire years ago, as well as severe damage to their rebuilt home in a 2010 tornado.

Those family members also said Mary Jo’s fiancé found out his wife-to-be was killed only after the Nye family called him, because he was out of town.

Neighbors, friends and family did not want to speak on-camera Sunday afternoon, but they all said Mary Lou and Mary Jo will be sorely missed.