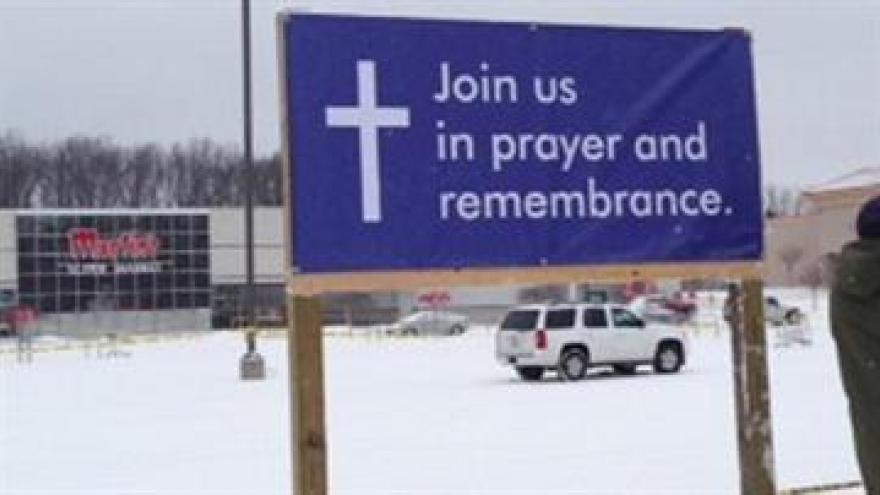 ELKHART COUNTY, Ind. --  The Indiana State Police have released the names of the two women killed in the Martin's Supermarket Wednesday night.

The Martin's employee who was shot and killed is identified as 20-year-old Krystle Dikes of Elkhart. They believe Dikes was Shawn Bair's first victim.

The second victim has been identified as 44-year-old Rachelle Godfread of Elkhart. Police say they believe she was just a customer shopping at the time of the shooting.

“She’s a great person, loved to travel, loved to see places. She was perpetually in motion all of the time.”

“It still hasn’t set in yet. I worked all last night and it caught me off guard," said Bossnack.

Both victims lived in Elkhart.

Dikes worked at Martin’s stocking shelves and Godfread was there shopping when Bair opened fire in the store.

“My heart goes out to the other victims of this ignorant, senseless waste of life," said Bossnack.

Godfread recently moved back to the Elkhart area where she grew up. She and her brother used to ride their bikes to the Martins, which used to be a candy store.

“It’s unusual that she would move back to her childhood area and this spot would end up being her…demise," said Bossnack.

Dikes loved music. On her Pandora account, she wrote, "I absolutely love music, it’s in my veins, in my blood, it’s my life and makes the world a much better place."

Police are still trying to determine a motive.